As you plan for the big game, make sure to start with the audience on Twitter. Find out who’s Tweeting, what they’re Tweeting about, and when to score a major touchdown with your campaign.

The big game is always a ratings juggernaut, and marketers are working hard to incorporate it into their campaigns. Whether you’re launching something new or just want to connect your brand to a major event, Twitter should be an essential part of your plan.

People flock to Twitter during the big game to discover information, meaning their receptivity is naturally heightened. They’re more open to your message, so much so that 47% of NFL fans on Twitter follow game day conversations from a specific hashtag or handle so they’re the first to know what’s happening on game day.1 A fully engaged audience on the lookout for what’s happening in the moment is an audience that’s ready to hear from your brand.

Receptivity drives engagement. The people on Twitter are spending more time engaging with your brand while they watch the game. And we know that Twitter campaigns tied to TV get results, as we see a 31% increase in engagement when Twitter is used as a complement to an event on TV.2

People on Twitter are leading the conversation about the big game, creating new trends and influencing family and friends. In fact, two-thirds of people on Twitter influence purchases of friends and family.3

Finally, more people are flocking to Twitter than other platforms. Twitter sees a higher spike in unique visits during the big game than our major competitors. We saw a 19% increase in unique visits to Twitter during last year’s game compared to three prior Sundays (excluding playoffs), whereas our major competitors saw a 6% decrease during the same period.4

We know the Twitter audience is engaged and receptive, but who exactly is following the big game on Twitter, and which parts of the game are they engaging with? We tracked the conversation during last year’s game and identified four audience types:

1. Game fans
When does the Game Fan conversation happen on Twitter? 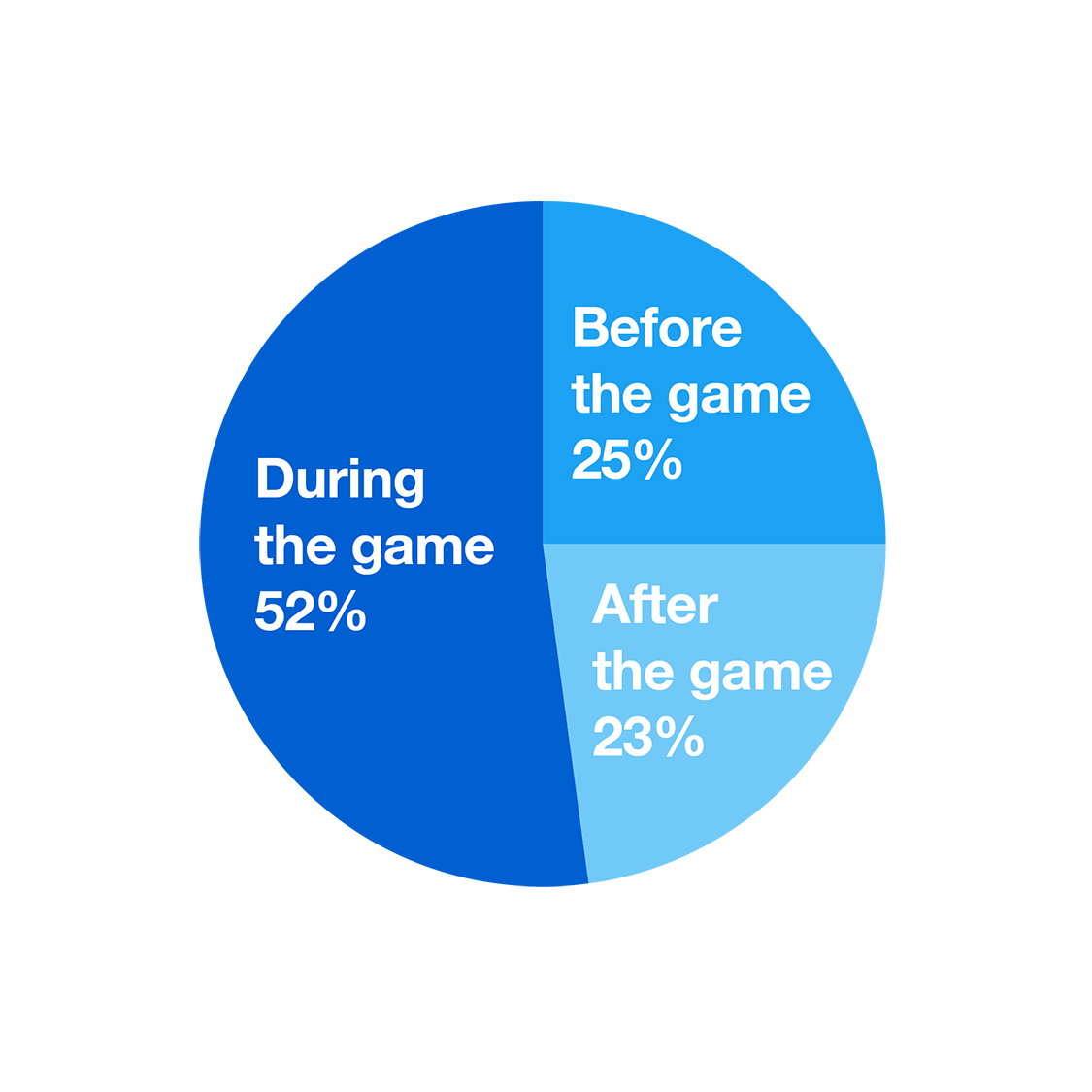 Pro tip: For lead-up conversation, use generic football and NFL keywords or handles in your targeting strategy. To capture post-game mentions, use keywords and handles of just the teams in the big game. 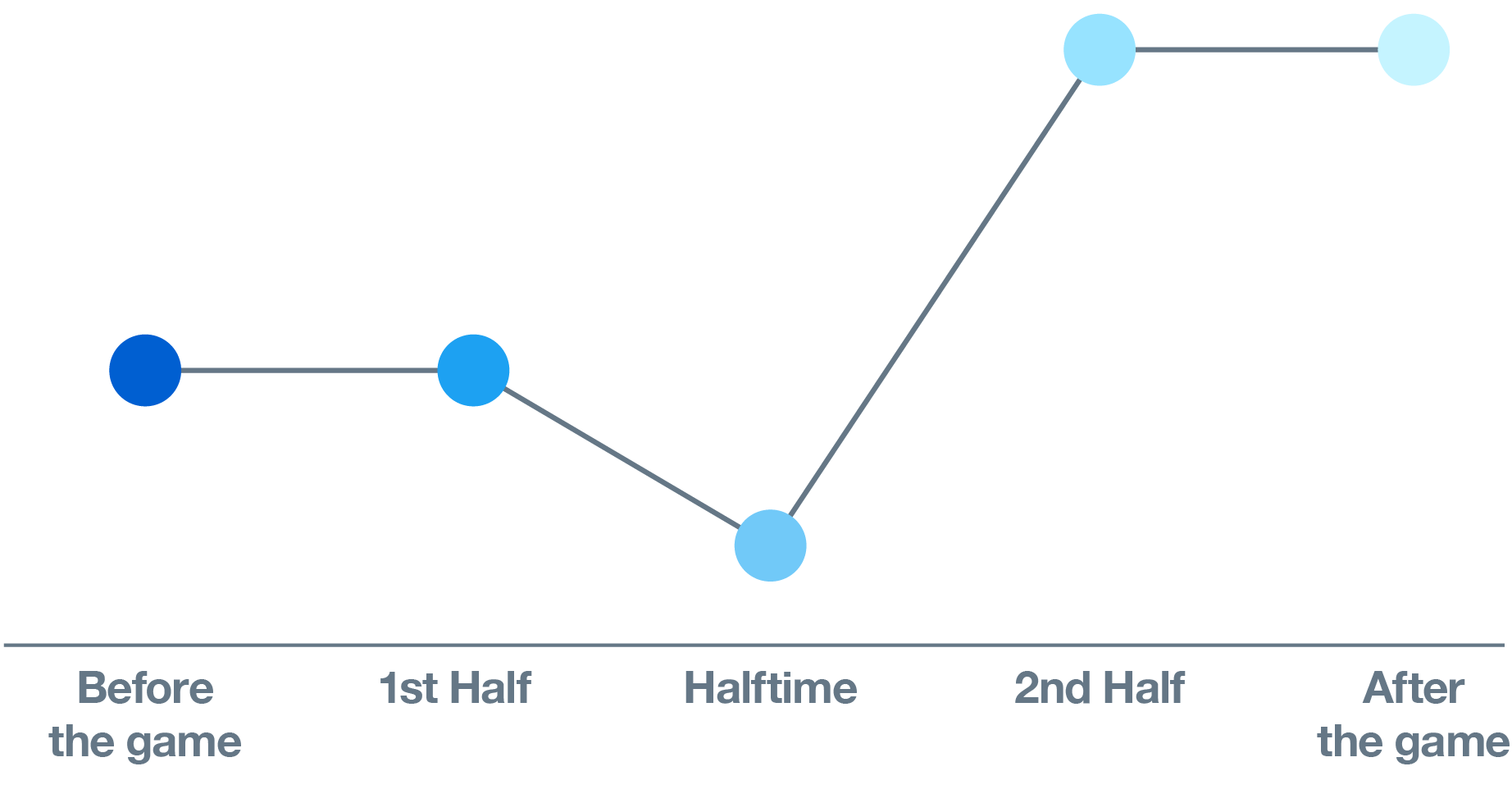 Pro tip: To connect with this audience, try Tweeting a GIF of the show during the second half or after the game (but not during the halftime show itself — their eyes will be glued to their TV screens.) 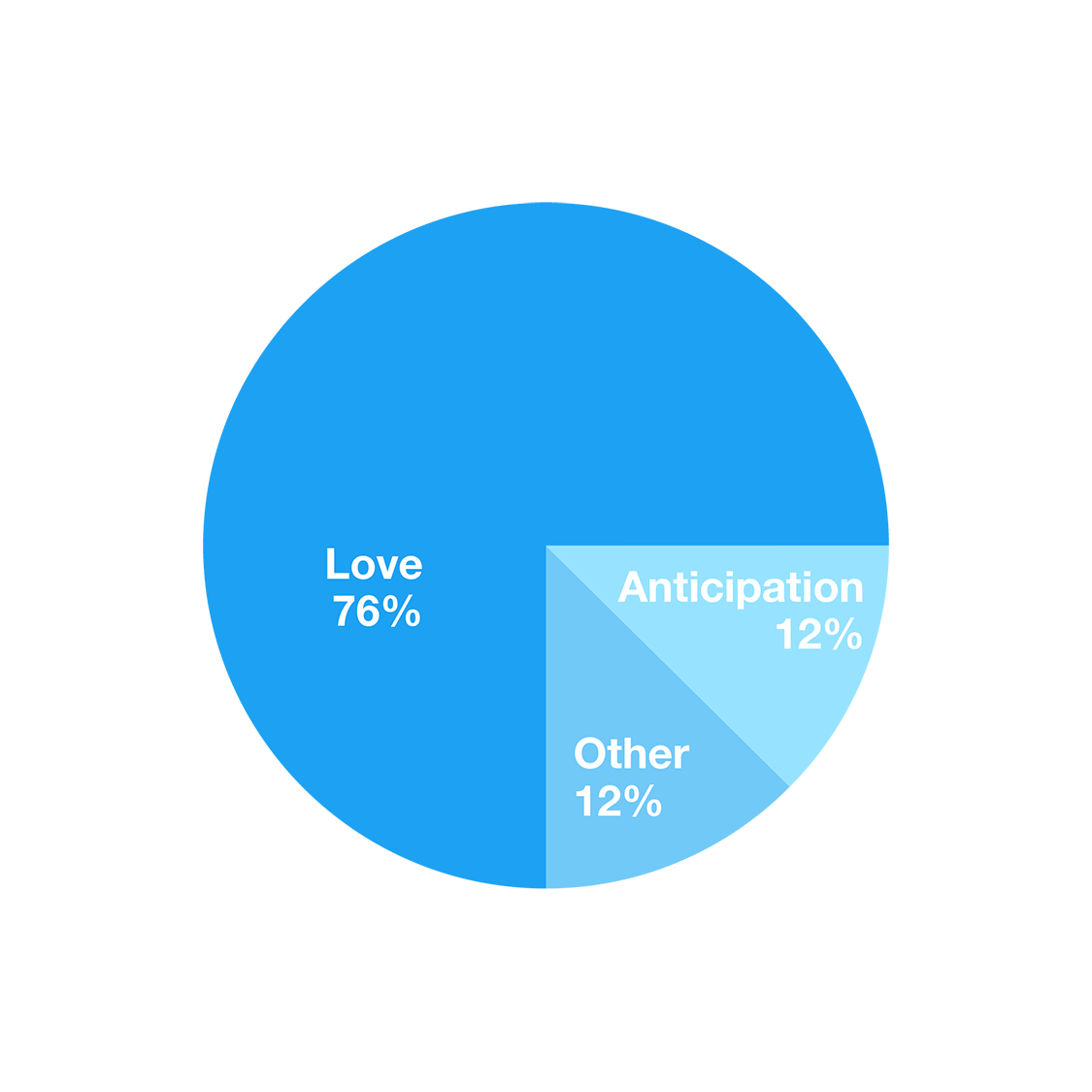 Commercials are the most Tweeted about topic before, during, and after the big game. The commercial-watching audience is especially active on Twitter. 76% of Tweets by commercial watchers were about how they “loved” an ad, while 12% Tweeted about how they were “waiting” for a particular ad. Celebrities and influencers featured in the most anticipated ads built up excitement with fans by teasing the big reveal in the days leading up to the big game on Sunday.

Pro tip: To make a lasting impact on commercial watchers, build anticipation by teasing your own commercials in the days leading up to the game. Whitelisting Tweets from the celebrities and influencers featured in your ads is a great way to get people excited. 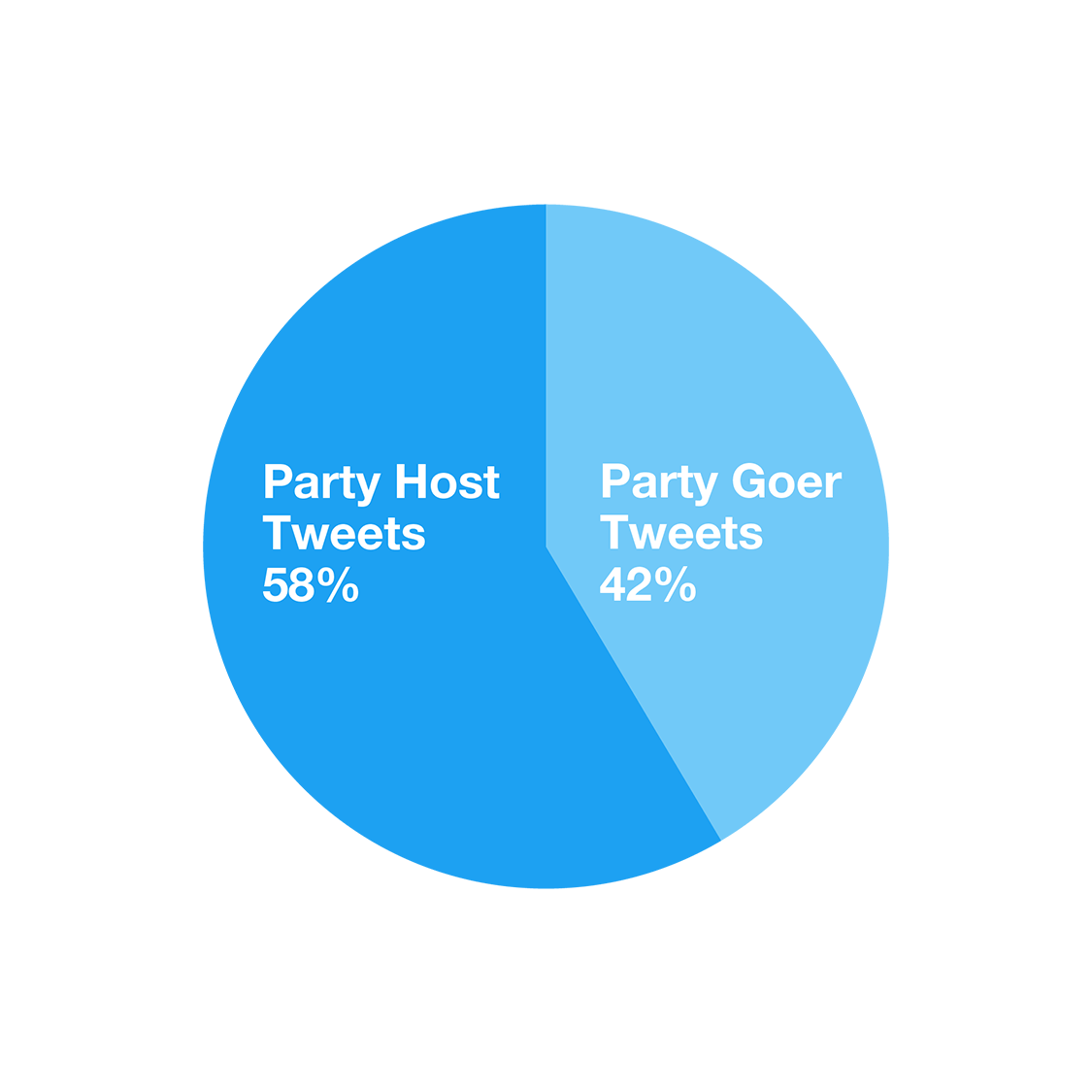 Many people who were attending or hosting ‎#SB52 parties were Tweeting as well. Party hosts turn to Twitter seeking advice and information before the big game. Of these, 14% come to Twitter to look for recipes or suggestions on what to cook. 72% of host Tweets happen before the big game begins, starting from two weeks before game week.

For partygoers, we saw a 21% increase in Tweets from people seeking advice on what to wear to a ‎#SB52  party over the previous year. Partygoers start searching for attire three weeks before game week.

Pro tip: To reach hosts, Tweet party advice (with a brand presence) before the big game. To reach partygoers, Tweet some fashion advice along with your message.

When, why, and how our audience Tweets

In addition to observing the types of audiences that were engaging with the big game, we also gained significant insight into when, why, and how they were Tweeting.

Before the big game, the Twitter conversation fell into three main categories:

The majority of the conversation happens during the big game, and people turn to Twitter for more than just football. Here are the top three topics that people talk about:

The top non-football-related Tweets during the big game

Pro tip: The big game generates cultural moments that are not just about football, like ‎#LeftShark and ‎#SelfieKid. Set aside some budget on game day to ensure your brand can join in on these ‎#OnlyOnTwitter moments when it matters!

After the big game, commercials remained the hottest topic of conversation:

Pro tip: With commercials being the number-one topic of conversation on Twitter after the big game, there's an opportunity for brands to sustain the conversation after the game ends. If you make the right impression on game day, you can continue to ride the wave of interest by riffing on your ad, engaging with Tweets from your audience, and continuing to drive the conversation about your ad.

Our audience is your brand’s audience. They’re engaged before, during, and after the big game, presenting you with unique opportunities to build anticipation, be a part of what’s happening, and sustain the conversation even after the game is over. Whether you’re looking to launch something new or simply want to connect your brand to one of the biggest cultural events of the year, Twitter is the place to get your brand noticed.