There's no shortage of video content to watch these days and we're all watching more of it than ever across apps, websites, TV, streaming platforms, and DVRs.

More often than not, that means watching on mobile devices, and in particular, in-feed mobile environments like Twitter.

As video continues to be a preferred medium for brand storytelling, changing consumption behavior poses challenges to marketers: How can brands most effectively reach consumers? And which platforms help brands make the biggest impact? To get some answers, we collaborated with the global media partnership group at Dentsu Aegis Network and consumer neuro research firm MediaScience. Here’s what our research uncovered.

Video ads on Twitter elicited the highest levels of attention.

While watching organic content, video ads were served to groups of participants. We saw that on both mobile and desktop, cognitive effort, or information processing, decreased on all platforms tested except Twitter, where it actually increased. Cognitive effort is a good measure of how much people are paying attention and processing what they’re seeing. The results showed that people paid more attention when video ads were served on Twitter, and mentally “checked out” while watching ads on other properties. Even more interesting, attention levels stayed the same or increased on Twitter whether participants watched organic or branded ad content.

As a likely result of people being more mentally engaged, ad recall on mobile was significantly higher on Twitter versus the leading video platform tested. Other key brand metrics (favorability, purchase intent, recommendation) were consistent across all three online video properties.

Twitter was the only platform in the study that doesn’t serve ads in a forced, sound-on environment, yet viewers felt much more emotionally engaged with video ads in Twitter’s in-feed environment. Earlier this year, Twitter and Facebook both ran studies to better understand how consumers process content in a mobile feed environment. Those results were consistent with this study and showed that consumers absorb content faster on mobile than desktop, with high levels of retention.

Earlier this year, we ran a study in collaboration with Starcom and Canvs that showed a 9% increase in TV ad recall when brands paired TV ads with ads on Twitter, versus running TV ads alone. In this latest research, we saw that when compared to the group that saw the same ads on TV, those who saw video ads on Twitter were 12% more likely to recommend the brands featured to friends and family. While TV and Twitter work best together, we see that the same video ads can work harder on Twitter in driving advocacy and new customer acquisition.

We also saw in this study that viewers perceived brand messages on Twitter to be two times more favorable than the same content on television. Consumers tend to buy from brands they like. That’s why brand favorability is important — it’s a leading indicator of brand health. This shows that the context, mindset, and the environment ads are experienced in directly impact brand perception.

For marketers, this research helps prove the value of reaching customers in new, immersive environments.

The study clearly shows that video ads in Twitter’s relevant, real-time feed environment make the biggest impact with consumers. Twitter’s fast-paced environment means people consume a lot of information quickly but the relevancy of the content makes it stick. Thus, consumers feel a stronger connection to the brand’s message and story, and are more engaged by the content compared to other properties.

When marketers decide where to allocate video budgets, they should consider the value of reaching audiences when and where they’re at their most attentive and receptive.

Participants watched shows on a premium video site and a leading online video platform, during which they were served 15-second pre-roll ads from select brands. This group was then exposed to the same video ads on Twitter (app and mobile web).

Viewers in a separate control group were exposed to the same 15-second ads on TV during an episode of a popular sitcom. During the study, participants were free to use their mobile phones or other devices just like they might at home.

Editor's note: As of April 2017, we’ve updated our product names and video campaign objectives on ads.twitter.com: 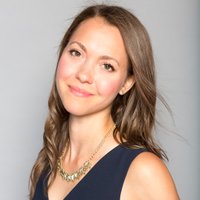