Movie lovers flock to Twitter to geek out over the latest trailers, see what their favorite stars are up to, and interact with fellow fans in an everlasting, always passionate conversation. In fact, movie fandom is such a major part of our platform that people on Twitter are 31% more likely to go see a film in a theater on opening weekend.1 And, over the course of a year, they spend 32% more on movies at the theater, too.2

With so much organic Twitter conversation already taking place around movies, studio marketers may be wondering if paid advertising on Twitter is even necessary. After all, why pay to promote your movie trailer when Twitter’s audience might get it trending on their own?

It’s a reasonable question, and we decided to answer it using data. While the organic power of Twitter’s audience speaks for itself, we set out to understand if using Promoted Video to boost the presence of movie trailers provided an additional benefit over organic buzz.

We found that Promoted Video has a positive effect almost immediately: Even four weeks out from the premiere date, the exposed and video viewer groups were already showing incremental lifts in awareness and intent. 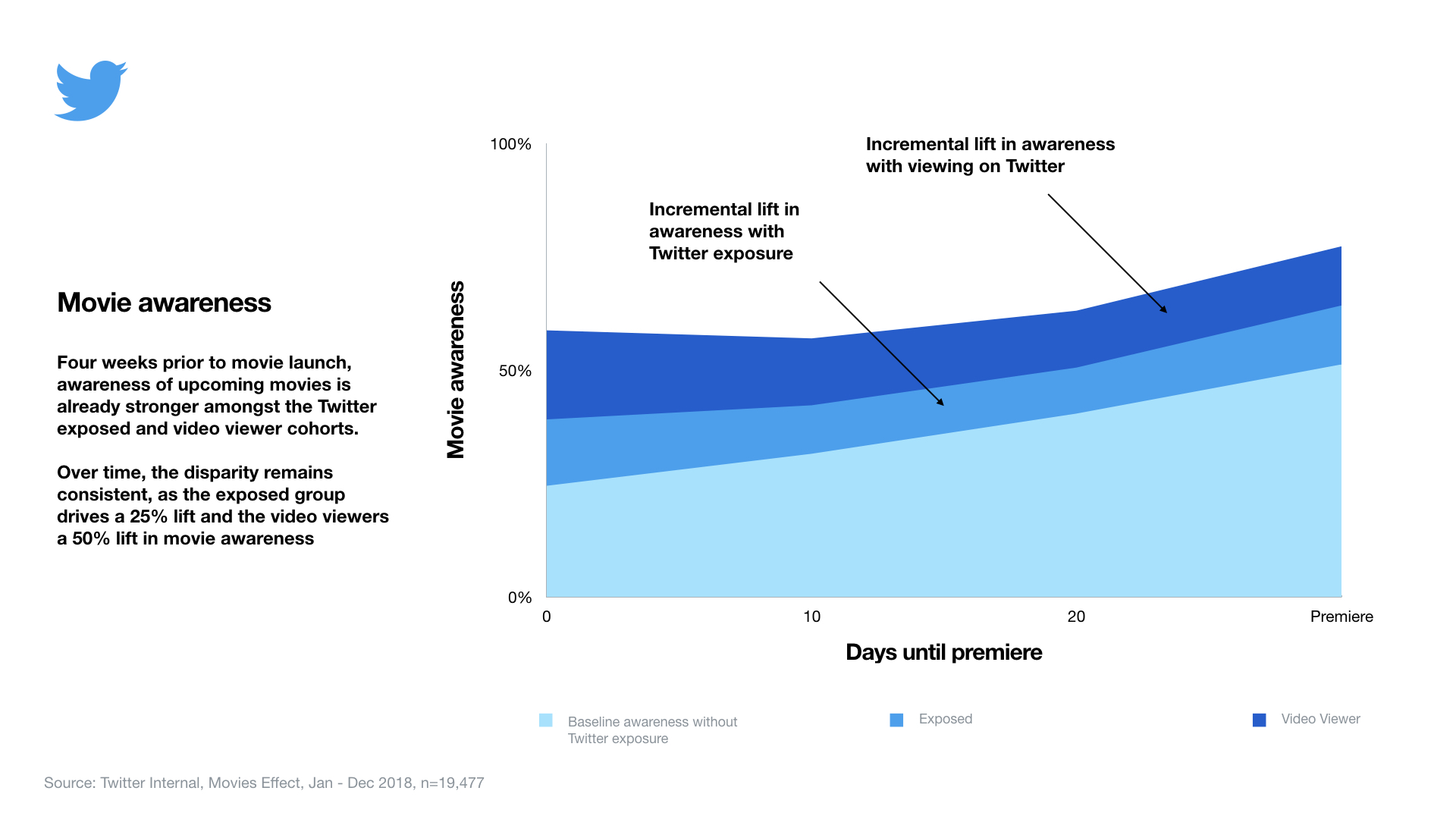 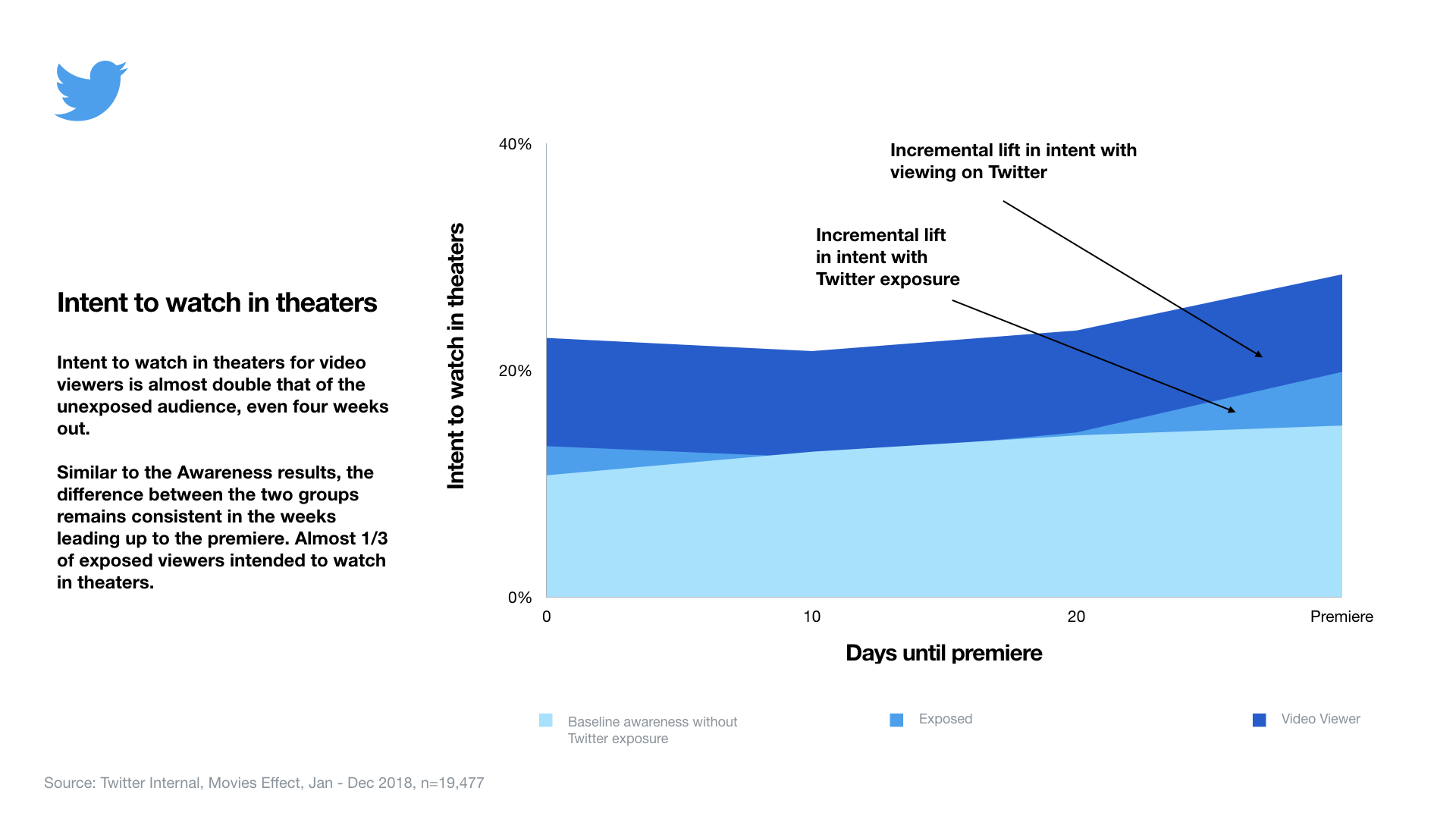 We also found that, for both intent and awareness, people exposed to at least three seconds of video in their feeds had the strongest favorable attitudes compared to similar people in the unexposed group. With most people scrolling rapidly through their feeds, three seconds appears to be the minimum window for making an impression and enticing movie fans into theaters.

Don’t just rely on organic Twitter buzz: Even when Twitter’s on fire about your movies, never underestimate the incremental impact of Promoted Video views. Ad viewing not only drives massive lifts in awareness and intent to watch, but also contributes to earned impressions via Retweets and general conversation.

Start advertising early: We saw significant lifts in awareness and intent four weeks before premiere day, as soon as ads were served.

Optimize assets for the feed to drive lifts: Video views of just three seconds demonstrate the same lifts in awareness and intent to watch as do longer view times.

Twitter identified eight high-spending movies that began advertising on Twitter at least four weeks prior to the premiere, and conducted a control/exposed survey to understand how advertising impacts movie awareness, intent to watch in theaters, and ad recall among 19,477 total respondents. We then aggregated and analyzed data trended over the four-week timeframe until the premiere to understand how metrics shift over time. Modeling was done using local polynomial regression, a nonparametric technique that smoothes multiple regressions. 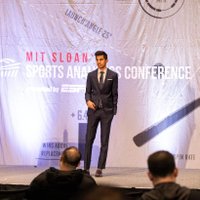