Prior to the TV launch, @Warburtons created an instant impact online by using First View to unveil its #GoodBagels ad, which saw an outraged Robert De Niro travelling to the bakery headquarters with his gang of goons after hearing news that ‘Bolton bakes the best bagel’.

@Warburtons followed this with a Spotlight Trend to drive further awareness of the ad. Launched at the same time as national TV spots, the Spotlight Trend amplified the campaign by enabling @Warburtons to further drive impressions and encourage real-time conversations. This was backed up by Promoted Videos to sustain awareness across the six-week campaign period.

Alongside paid support, @Warburtons used organic content to build positive engagement by sharing a series of GIFs from the campaign creative and carrying out conversations with Twitter audiences from the perspective of De Niro’s goons. 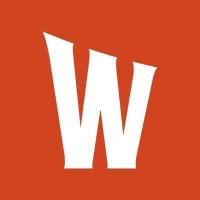 By choosing First View to launch its campaign, @Warburtons created an instant buzz online and generated mass awareness of the #GoodBagels ad prior to the TV launch.

Amplify the campaign with a Spotlight Trend.

@Warburtons used a Spotlight Trend to spark more conversations and deepen engagement, as audiences interacted with online content as the campaign played out on national TV.

With creative use of organic content linked to the overall campaign, @Warburtons generated positive engagement with online audiences and kept the #GoodBagels concept top of mind.

Overall, the #GoodBagels campaign exceeded expectations, resulting in 7 million First View video views versus a planned 3.25 million, and achieving a total of 17.6 million Spotlight Trend impressions. And by tracking brand sentiment, @Warburtons noticed a significant 30% increase in positive sentiment, from 17% to 47%, throughout the campaign period.

We were sure our #GoodBagels campaign would get people talking, so it made sense to launch on Twitter, which is renowned for sparking trends and conversation. The combination of First View to ensure the video was unmissable, and Spotlight Trend to increase engagement, delivered fantastic results.