Ubisoft finds a winning tactic to drive gamers to its website

People on Twitter in the UK are 30% more likely than general internet users to have a keen interest in gaming. Knowing this, Ubisoft (@Ubisoft) spotted a smart opportunity to stoke excitement in keen gamers on Twitter around the highly anticipated launch of Season 7 of Tom Clancy’s Rainbow Six Siege  (@Rainbow6Game).

With a host of new game features and player protections built into the new season of @Rainbow6Game, @Ubisoft had plenty of compelling material to feature in its launch campaign.

First, the games company created short, striking videos to showcase all the updates in the new version of the game, such as new maps and rewards, and used Video Website Cards to showcase them on Twitter.

Second, @Ubisoft chose to run a website traffic campaign with Site Visit Optimisation rather than Link Click Optimisation. This new buying model helps to find the audiences most likely to visit a brand’s website, serve them relevant ads, and attribute their site visits back to the Twitter Ads campaign. 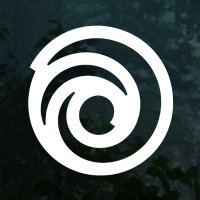 To maximise its campaign spend, @Ubisoft harnessed Twitter’s Site Visits Optimisation goal. That helped ensure promoted Tweets were served to the audience most likely to interact with it.

Use embedded tweets on this section

The campaign results made it pretty clear that choosing Site Visit Optimisation was a winning tactic for @Ubisoft. In fact, this powerful tool drove dramatic results for the campaign.

Overall, compared with a Link Click campaign, the campaign produced a 150% higher site visit rate, a 67% lower cost per site visit and a 183% higher click-to-land rate.

Our core objective for this campaign was to reach a specific audience and convert that reach into site traffic. Thanks to the site optimisation visit, we achieved both our KPI objectives and got new insights into user behavior. That will allow us to be even more effective on our next campaigns.