When @TEB launched its Women’s Banking project (@teblekadin), offering consultative as well as financial services to women-led SMEs, it wanted to build a campaign as innovative and holistic as its new venture.

The bank created a TV ad celebrating the role of women-led businesses in a growing economy, and included the hashtag #KadınPatronlar (#WomenBosses) on screen. Just a few hours after the ad premiered on all Turkish TV channels, @TEB featured it in a Twitter First View campaign.

With First View, the video was the first ad Twitter users in Turkey saw that day – and the campaign hashtag #KadınPatronlar remained at the top of the trending topics list as the day’s Promoted Trend. 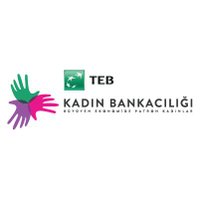 As many as 65% of users in Turkey use Twitter while watching TV. Of those 81% Tweet about adverts during shows.* @TEB launched its #KadınPatronlar ad at 9pm, kicking off a Twitter conversation. Its First View started at 12am and ensured the conversation continued throughout the next day.

@TEB closely monitored the hashtag, and made sure to amplify the voices of others and make its own voice heard. It engaged with users, and answered the questions users had Tweeted using the hashtag. When influential people Tweeted about #KadınPatronlar, @TEB and its sub-brands Retweeted them.

First View delivered @TEB’s #KadınPatronlar ad to a wide, engaged audience. The video was viewed three million times on Twitter, with over 100,000 of those views reaching at least the 75% mark. Twitter users mentioned the campaign hashtag almost 5,000 times and the bank gained hundreds of new followers on the day of its First View.

TEB is among the most innovative banks, thanks to projects that are ‘firsts’. We also make use of ‘firsts’ in the launch and promotion of our projects. We were delighted not only to be the first finance brand to use First View, but also to achieve very successful results.