Toyota ALJ (@ToyotaALJ) wanted to connect to and engage with a younger audience — specifically, Saudi people in their 20s. To do this, it spotted the opportunity to create a campaign around literature, an extremely popular art form in the region.

Through Twitter, Toyota partnered with @AlfKalimah, which created 6 short stories around different genres. Through Twitter’s Brand Strategy division, ToyotaALJ launched the campaign with a custom program based around Like to Remind.

For this people who Liked a campaign Tweet where notified once every story is published. Toyota released each story over time in a promoted thread. Using Twitter Website Cards, people could click through to read the full story on the website. With this campaign, @ToyotaALJ became the first brand in MENA to run a promoted thread with a custom program.

Twitter connected Toyota with literary agency Alf Kalimah (@alfkalimah), which created six short stories around different genres including fiction, fantasy, drama and sci-fi. Through Twitter’s Brand Strategy team, @ToyotaALJ launched a custom Like to Remind campaign. Here it announced the launch and asked people to like the Tweet to subscribe and be notified when every story was published.

As it progressed, Toyota gradually released every story in a Promoted Thread with Website Cards. These connected the user through to a landing page where they could read the whole story. With this campaign, @ToyotaALJ became the first brand in MENA to run a Promoted Thread around a custom program. 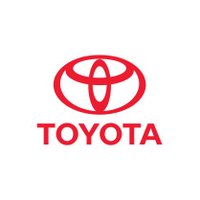 Toyota announced the campaign with a custom Like to Remind campaign, offering people the option to be reminded every time a story was published.

Grab attention with a Promoted Thread.

Each story was published through a Promoted Thread.

Direct users to the landing page via a Website Card.

Each part of the thread was on a Website Card, so users could click through to a landing page and read the whole story.

Engaging ‘youth’ with Toyota as a brand is a strategic element of ALJ Motors’ brand philosophy, ‘Take On Tomorrow’. Hence, we couldn’t find a better platform than Twitter to engage creatively with the targeted audience to showcase how progressive Toyota is as a brand.