To mark the launch of its new online entertainment store, Media Markt (@mediamarkt_ch) took to Twitter to encourage gamers, audiophiles, and movie buffs to visit the website and take advantage of its launch-day special offers. It also hoped to position the website as the number-one marketplace for films, books, and games in Switzerland.

In order to build buzz and engage consumers around the launch of its online store, @mediamarkt_ch developed a three-stage Twitter campaign that targeted users before, during, and after the launch.

To generate prelaunch excitement and build awareness, @mediamarkt_ch ran Promoted Tweets with images to tease the unveiling. It chose “unboxing” as the theme for this suspense-inducing teaser campaign. For five days, it Tweeted pictures of a cardboard box being slowly torn open — finally revealing the site logo on the fifth day. Throughout the teaser portion of the campaign, @mediamarkt_ch invited people to guess what was behind the box for a chance to win a 20CHF gift card.

On launch day and for one week after the launch of the online store, @mediamarkt_ch chose Website Cards as a way to showcase the great products available and drive traffic to the new website.

@mediamarkt_ch refreshed its creative throughout the campaign and offered time-sensitive, Twitter-only special offers to website visitors to ensure it was making the most of the real-time nature of Twitter.

To maintain the momentum of the conversation, the messaging of the postlaunch phase of the campaign highlighted the unique benefits available to online shoppers at @mediamarkt_ch. With each Website card, the brand shared an advantage and a clear call to action that encouraged Twitter users to check out the store.

1. Build buzz that lasts through the launch.

@mediamarkt_ch increased awareness and engagement around its new site with activity before, during, and after the launch. The brand kick-started conversation and prepared its audience for the launch, then extended the life of its campaign by offering exclusive offers to Twitter users postlaunch.

Media Markt used @username and interest targeting to make sure the message was split into people interested in games, music, and movie accounts, and competing electronics retailers. This gave @mediamarkt_ch the opportunity to reach gamers, movie buffs, and music lovers individually.

3. Encourage engagement with an incentive.

A competition or a contest is a great way to spark engagement with your campaign and keep users interested in what you’re doing. @mediamarkt_ch stimulated participation by rewarding users with gift cards and special offers. 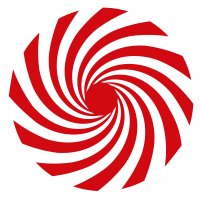 The combination of Promoted Tweets with Image and Website Cards was key to the great performance of @mediamarkt_ch’s campaign. The brand saw more than 643,000 impressions of Promoted Tweets and achieved a strong average engagement rate of 4.76%.

This was the first time we used Twitter for such a large-scale campaign and we are really happy with the results. A combination of fun creative and Twitter’s great targeting options helped us to achieve our campaign goals.