On April 3, 2016, National Geographic Netherlands (@NatGeoNL) launched a new series in the Netherlands called “The Story of God,” presented by actor Morgan Freeman. He is on a personal quest for answers to the great questions surrounding God and religion. These stories are epic tales, but not really mainstream programming since religion and spirituality are generally not topics with mass appeal. So, the challenge was to reach the right target group and make them aware of this TV series.

Marketing partner Media Science Netherlands (@MediaScienceNL) opted for a phased live campaigning approach on Twitter to reach the target group and to make “The Story of God” relevant to a Dutch audience. Twitter formed the basis of the campaign’s “social focus.”

The series premiere coincided with the launch of Twitter’s new advertising product called First View. This 24-hour video takeover gives advertisers an opportunity to take the top advertising position in the timeline for 24 hours. This offered the perfect opportunity for @NatGeoNL to reach the masses for 24 hours.

Social media specialist Lian Visser of @MediaScienceNL remarks that Twitter was the obvious choice for the campaign’s backbone: “Twitter is the ‘social news medium’ of our time, so you respond to the news on Twitter. In addition, this platform also offers all possible options for sharing appealing content and, crucially, reaching the right target group. The relevant, highly educated — typically male — potential National Geographic viewer.”

1. Provide a variety of captivating and relevant video content.

Using the new advertising product First View provided the campaign with the necessary visibility to truly reach the right target group. First View was deployed after a teaser phase with questions and statements. On the day First View was active, every Twitter user saw the trailer for “The Story of God” in their feeds between one and three times. The associated #unitedbyfaith hashtag was the Promoted Trend. The trailer came in seven different variants. The videos were pitted against each other and the best-performing video was delivered most often.

The trailers generated a huge flow of interactions and Retweets, which gave the campaign a major organic boost.

2. Use First View as part of a campaign.

The teaser phase in the run-up to deploying First View used smart targeting for topics that appealed to the target group. Rapid response to the latest news was critical to this live campaigning approach.

The teaser phase applied precision targeting to a highly elusive target group. By reacting to the right news items and ever-changing Twitter topics, the team managed to reach the right individuals effectively and get them involved in the campaign.

For instance, relevant content was served related to the trending topics for the TV show #ThePassion, the death of famous Dutch soccer player Johan Cruyff, and for Easter. The key questions were: Which keywords are being used, which @usernames are important, and how can these be incorporated into the targeting for the rest of the campaign?

3. Use Tweet engager targeting as a follow-up to First View.

Users that engaged with the content in the teaser phase or when First View was active (by viewing, reacting, or sharing) were retargeted in a subsequent campaign phase using Tweet engager targeting. A new impression was served when the user engaged with the content. This kept the conversation alive and the message in the spotlight. By feeding the conversation while also targeting related topics and users, such as with TV targeting, the campaign spread quickly across the Dutch Twitter landscape.

The Promoted Trend achieved 2.56 million impressions that day. The videos in the First View campaign provided a total of 880,000 Tweet impressions, including 714,000 served to video starts. 188,000 of these were qualitative video views, where the video was onscreen for at least three seconds with 100% visibility.

“Storytelling is our passion,” explains Joost Waal, marketing coordinator at National Geographic Nederland. “This shines through in our short show trailers — the perfect content for First View. This advertising tool by Twitter is a wonderful opportunity for us to generate buzz and get the conversation going on the topic of our new series, ‘The Story of God’ with Morgan Freeman. Thanks to Twitter’s massive reach, we were able to get our show trailer out to a wide audience and create real social momentum.”

Because National Geographic used seven different videos in the First View campaign, they succeeded in keeping the content fresh and new. As a result, the the top three Tweets achieved a “100% completion rate” of over 38% on average.

As an added bonus, the @NationalGeoNL account grew by 467 new followers and had 385 Retweets on the campaign day. It also accrued a considerable boost in organic reach. 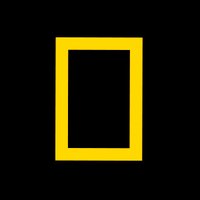 Storytelling is our passion. This shines through in our short show trailers — the perfect content for First View. Thanks to Twitter’s massive reach, we were able to get our show trailer out to a wide audience and create real social momentum.