Jeep Italia goes live during the #UCLFinal to connect with millions

Jeep Italia (@JeepItalia) saw its sponsorship of Juventus FC (@JuventusFC) as an opportunity to expand its visibility beyond the club’s fan base and to connect with the millions of football fans around the world.

@JeepItalia set up a Twitter Live Studio to ensure access to real-time conversation during the 2015 UEFA Champions League Final. The brand worked with popular Italian illustrator Ale Giorgini (@alegiorgini_), who created humorous images that formed the basis of @JeepItalia’s Tweets during the match.

During the final, @JeepItalia remained high on user radars with Promoted Tweets, which it ran in five languages. It targeted the most popular football-related profiles in Italy, the United Kingdom, Spain, France, and Germany. As well as teams like @JuventusFC and @FCBarcelona, it targeted local sports media and TV channels, football stars, and experts. 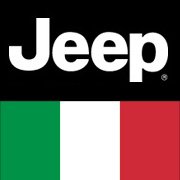 Build momentum with a teaser phrase.

Before the final, @JeepItalia joined the conversation @JuventusFC had launched with the #SeAndiamoInFinale hashtag (#IfWeMakeItToTheFinal). Jeep also partnered with car-sharing site @blablacarIT, sending 50 Jeep Renegade Zebras with @JuventusFC colours into Berlin the day before the match.

Integrate communities into your conversation.

@JeepItalia connected with a wide network, such as @Jeep_People, parent company FCA (@fcagroup), the @JuventusFC profile and the Juventus fan base. It even shared content from rock band @XAmbassadors, who featured in Jeep’s TV ad. These efforts resulted in access to more than 2 million followers.

@JeepItalia and Twitter Italia set up a Live Studio to allow the brand to respond in real time during the #UCLFinal, with prepared visuals and a clear creative concept. @JeepItalia mapped out key moments, such as goals, halftime, and final outcomes, and identified possible #UCL hashtags.

@JeepItalia hit a strong engagement rate throughout the campaign. Promoted Tweet engagement peaked at 34.82% and achieved a low cost per engagement of €0.03. This heavily affected organic activity in terms of visibility. Impressions in June were three times higher than the average, and followers on the #UCLfinal day increased 23 times the daily average of the first half of 2015.

International media events are great opportunities for brands to prove themselves and test innovative solutions. … Jeep was playing on the field with the team, thanks to Twitter, the best social media channel to have a real-time dialogue with the fanbase.”