@huaweimobileksa recently launched its latest flagship, the Mate 30 Pro 5G. The brand, working with Wavemaker as an agency, wanted to showcase its presence while driving awareness of its latest product launch.

Huawei had previously used Twitter advertising for its launches in 2019, and developed a successful playbook that they used every time they launched something new.

It saw the combination of First View and Promoted Trend Spotlight as an excellent opportunity to build on the Mate 30 Pro launch by exclusively owning the day on Twitter.

The simple aim for the launch was to bring the Mate 30 Pro to as many people as possible.

Generating mass awareness is one of the key objectives when Huawei launches a new product. It felt the Promoted Trend Spotlight was the perfect format for such a strategy.

It allowed Huawei to grab more attention and space than other takeover formats in the search tab. It was also the first Promoted Tweet on launch day seen by Saudi people on Twitter.

The Spotlight allowed Huawei to dominate the search tab with their short video and message.

After the first two impressions, the Spotlight moved to become the Promoted Hashtag for the entire day.

At the same time, Huawei dominated the timeline with the first Promoted Tweet visualised each day by everyone in Saudi Arabia. The video creative followed mobile best practice guidelines that included prominent branding throughout the video as well as strong visuals for a sound-off strategy. 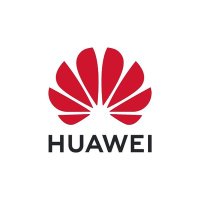 With an average of 23M impressions generated in Saudi Arabia for each Spotlight, by owning the two most premium placements on Twitter with their videos, Huawei achieved its main objective. It also generated an average of 5M video views per Spotlight and 2.5x more product mentions compared to previous launches, generating mass awareness and conversation at the same time.

*Between the Spotlight Trend and the First View.

Every opportunity to expand awareness of the brand is worth exploring and Twitter Spotlight helped in capturing people’s attention at scale. Using Twitter to increase brand awareness is another proof that social is about more than sales.