Heinz takes over Twitter with the great BOOPZ debate

After the British public voted to bring Mayochup to the supermarket shelves in 2019, Heinz UK (@HeinzUK) decided to take to Twitter once again to gauge the public’s opinion of its latest crazy combo idea: BOOPZ — that’s Beanz and Hoops together, in one tin. But how would Twitter fans react?

The decision to combine two national favourites was always going to be controversial, so Twitter provided the perfect platform to put the decision squarely in the hands of the beans-buying public.

Kicking off on #NationalToastDay, voting lasted for three days via a Twitter Poll, which saw @HeinzUK pose the all-important question: should Beanz and Hoops be combined?

To boost engagement and ensure the poll was placed next to the most relevant Twitter conversations, @HeinzUK focused on audience and keyword targeting, which included followers of beans brands and #NationalToastDay conversation topics.

The voting led to a mighty GIF war between those who couldn’t bear to see their beloved favourites combined and those who couldn’t wait for their first BOOPZ on toast. After three days of heated discussion, the votes were in, with the public deciding they weren’t quite ready for BOOPZ … just yet. 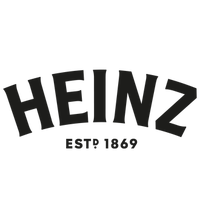 After the success of the Mayochup public vote, @HeinzUK used the same format to build stronger connections with the British public on Twitter by asking them to decide on something close to their heart.

Link to a fun topic of conversation.

#NationalToastDay provided the perfect backdrop for voting, and enabled @HeinzUK to put the BOOPZ debate at the forefront of the conversation.

@HeinzUK used effective audience and keyword targeting to place the poll next to the most relevant Twitter conversations, boosting the number of vote interactions.

The BOOPZ poll was a great example of how a brand can interact with consumers to drive positive engagement and sentiment on Twitter. After a 15% engagement rate on the first day of voting, the overall engagement rate was an impressive 13%, at a cost of £0.02 per engagement. Meanwhile, the poll received a total of 157,000 votes, and resulted in a clear decision.

The success of the poll led to significant earned media coverage, as the great BOOPZ debate featured in some of the UK’s most widely read national newspapers.

Overall, the volume of engagements far exceeded expectation, beating previous polls by more than 40%, and, as a result, the poll format will play a prominent role in @HeinzUK future campaign planning.

We wanted to give the British public the chance to vote on bringing one of its craziest mash-up combinations ever to life, and Twitter was a perfect platform for this. We were able to generate fantastic earned media coverage as a result of the Twitter Poll’s success.