70%
of gambling mentions in Italy

SNAI is Italy’s most popular gambling brand. But when it came to mentions on Twitter, @SNAI_Official found itself in third place among its competitors. It saw the massive buzz around Euro 2016 as a golden opportunity to dominate the gambling conversation on Twitter, building its follower base – and its business.

SNAI put a number of Twitter tools to work for its Euro 2016 campaign. It created an online tournament, inviting people to play by Tweeting their Euro 2016 predictions with the hashtag #TwittEuro16. In addition to regular users, it involved influencers across Italy in #TwittEuro16, and then ranked them according to their accuracy.

To make #TwittEuro16 unmissable, SNAI ran a First View campaign. This meant that for a full day it had a Promoted Video in the top advertising spot on Twitter, while it claimed the top trend spot by running the hashtag #TwittEuro16 as a Promoted Trend.

@SNAI_Official continued its always-on campaign, providing ongoing match updates and odds. It used rich media and interactive formats to engage users, with Tweets featuring GIFs, polls, Promoted Video and Conversational Video. Moreover, it kept its organic activity strong, through sharing its own news articles and Retweeting influencers who were Tweeting about #EURO2016 or #TwittEuro16. 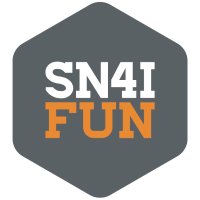 Own the conversation with First View.

With First View, @SNAI_Official’s #TwittEuro16 video and hashtag had the best ad spots on Twitter for a full day. The brand was able to rise to the top of Euro 2016 conversation, and drive mass awareness of its #TwittEuro16 competition.

Build a strong base with always-on activity.

SNAI was well positioned to take advantage of the buzz around a major event like Euro 2016.  It had developed a large, engaged user base through an “always-on” approach to Twitter. @SNAI_Official runs ongoing campaigns that encourage user engagement.

Use influencers to speak for your brand.

@SNAI_Official ensured influential Tweeters’ voices were heard throughout the conversation, both by involving them in the competition and by Retweeting them regularly.

With Conversational Video, @SNAI_Official turned its video content into an interactive experience. Strong calls to action drove engagement and sharing.  By making it simple for users to Tweet its messages, SNAI extended its campaign further across Twitter.

Thanks to its #TwittEuro16 campaign, SNAI moved from third to first place among gambling brands mentioned on Twitter in Italy, to taking 70% of the total gambling mentions. It saw average engagement rate of 3.08%, a rise of 88.9% over its previous average of 1.63%.

Twitter is a perfect platform for a competition like #TwittEuro16: Users can engage celebrities without filters, this enables conversations around events, results and forecasts.