World Oceans Week gave Corona UK (@coronauk) the opportunity to boost awareness of the critical issue of plastic marine pollution and gain mass support for its battle to save and protect the world’s oceans.

Twitter provided @coronauk with the perfect platform to amplify its environmental message and boost engagement for its #ProtectParadise campaign.

In the lead-up to World Oceans Week, @coronauk used First View and Promoted Trend Spotlight to put the issue of plastic pollution front of mind and gain maximum exposure for its #ProtectParadise call to action, which asked people to give up one item of single-use plastic for a month in exchange for a free Corona.

Next, Conversational Cards helped to drive engagement and boost the conversation throughout the week, as @coronauk encouraged audiences to Retweet custom hashtags to show which plastic items they were committed to cutting out.

Support from trusted influencer Ben Fogle (@Benfogle), who was featured in all campaign video content, helped to raise further awareness across Twitter. And by highlighting its ongoing environmental projects with Parley (@parleyforoceans), @coronauk built even stronger connections with conservation enthusiasts. 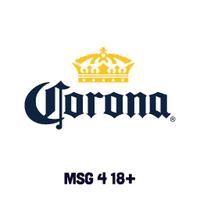 By using First View and Promoted Trend Spotlight to launch the campaign, @coronauk boosted awareness and gained maximum attention across Twitter, while keeping the brand front of mind.

With Conversational Cards, @coronauk built and maintained momentum throughout the week of the campaign by driving direct engagement and interaction amongst Twitter audiences.

Connect with a key influencer.

@coronauk built on the success of previous campaigns by continuing its partnership with well-known influencer @Benfogle, which helped to raise further awareness and boost the conversation.

By taking to Twitter during World Oceans Week, we reached our target audience at scale, shaped the environmental conversation, and encouraged users to take action against single-use plastics.