With its sitcom #FridayNightDinner returning to our screens, @Channel4 saw an opportunity to turn the launch into a ‘must-see TV event’, by engaging younger comedy fans on Twitter.  The station decided  to use Twitter to build excitement and boost awareness for the upcoming series.

With the start of the new series of #FridayNightDinner just around the corner, @Channel4 took to Twitter to cultivate excitement and drive conversions for the series premiere.

In the lead-up, @Channel4 used a Heart to Remind to build anticipation amongst comedy fans. It offered them a teaser of the new series, along with the option to receive a direct reminder to tune in for the launch.

@Channel4 elevated the conversation on launch day by using the enhanced visibility of Spotlight Promoted Trend to encourage people to use the #FridayNightDinner hashtag for the first episode airing that night.

For the two weeks following the launch, @Channel4 used Promoted Video to sustain the increased awareness and engagement around the launch, and to drive viewership of all past episodes of #FridayNightDinner on its All4 streaming platform. 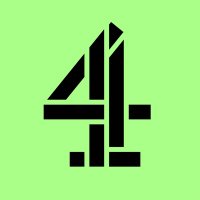 Build anticipation with Heart to Remind

@Channel4 effectively generated excitement and anticipation amongst comedy fans by using Heart to Remind to tease the new series and secure their commitment to tune in.

Sustain the buzz with Promoted Video

Promoted Video enabled @Channel4 to keep comedy fans intrigued and engaged after the launch, leading to increased viewing figures on All4.

Overall, the campaign achieved more than 2.89 million video views, and, thanks to sustained campaign activity, the Sunday after the launch saw the highest ever daily viewing figures for #FridayNightDinner on All4.

We wanted to make Friday Night Dinner into a ‘must-see TV event’, and Twitter massively helped with this. Promoted Spotlight Trend, in particular, got people talking about the show, and the launch went on to be one of our biggest comedy launches ever, so it was a massive result.