@Betfred has been the title sponsor of the Betfred World Snooker Championship for the last three years. As a result, the bookmaking chain was keen to maximise the deal's value both in terms of building the brand and awareness of the sport.

The championship was set to run from 21 April to 7 May, when public and media interest in snooker was likely to be at a peak. So timing was crucial to the campaign.

@Betfred realised it could meet its objectives through linking with a Twitter UK sponsorship campaign with Eurosport.

This provided @Betfred with the opportunity to deliver its brand messaging to an engaged audience of sports fans in the UK. Event and follower targeting was also applied to the campaign to reach more audiences of snooker and sports fans.

It also led to Betfred being able to generate a marketing funnel on the platform to drive acquisition and app install leads with an engaged customer audience through retargeting. 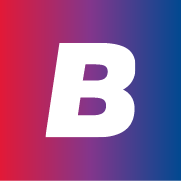 Use Preroll to target snooker and sports fans.

Use event and follower targeting to reach to bring the campaign a greater audience by creating a simple creative message to highlight the alignment between snooker and Betfred.

The campaign generated of 2.8 million views, with a 47% view rate on Twitter. It also produced a £0.01 cost per view across throughout the duration 17-day campaign.

This also contributed to a successful retargeting campaign with over 7.8 million impressions achieved across 12 days of app install re-engagement campaigns.

Betfred’s philosophy has always been to grow and promote sport through our sponsorships. Twitter provided an opportunity to support our sponsorship of the Betfred World Snooker Championship, amplifying our sponsorship and brand messaging in a cost effect manner from which we saw value for money, a great return on investment & strong results.