Mondelez brand belVita (@belVitaSA) wanted to generate awareness around the launch of its breakfast biscuits in South Africa. In Twitter, @belVitaSA saw an opportunity to weave its own quirky voice into people’s everyday morning chat, and engage them in conversation about making mornings fun.

@belVitaSA created a playful campaign around the hashtag #MorningWin, celebrating people who “win” at morning activities. It invited people to Tweet about their own wins, and feature in a radio jingle.

After the nationwide exposure of its First View, @belVitaSA honed its Twitter targeting to connect with 18- to 40-year-olds in South Africa who showed an interest in topics such as yoga, breakfast and healthy living. Conversational Ads made it easy for those people to engage with the campaign and spread the message to their own followers. 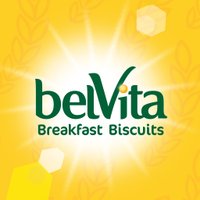 Get more from your TV spot.

@belVitaSA extended the reach and relevance of its TV commercial by running it as a First View video on Twitter.

Use Conversational Ads to reach further.

Conversational Ads invited people to join in and share @belVitaSA’s brand message with their followers. A click on the customised call-to-action button generated new Tweets from their own accounts.

Let influencers speak for your brand.

Using a process called whitelisting, @belVitaSA invited celebrities to Tweet on the campaign’s behalf. The brand then promoted those Tweets to its target audience.

@belVitaSA’s #MorningWin campaign achieved over 4.4 million impressions. Its average video view rate was 20.05%, with a CPV (cost per view) of R0.45.

Jaritha Narsey, Category Brand Manager Biscuits & Groceries, Mondelez, says: “From the day of the launch, we generated mass awareness for the brand with our #MorningWin campaign on Twitter. The campaign drove impactful and relevant engagement with users that saw @belVitaSA growing and owning the #MorningWin conversation on Twitter.”

Twitter was a great driver of brand equity for belVita in South Africa. The overall increase in reach and awareness has been so crucial for the development of this brand in SA, and we can only look forward to celebrating the many Morning Wins alongside the Twitter Team.