Reliance Jio generates excitement for the Filmfare Awards 2017 on Twitter

100M+
impressions of the #JioFilmfareAwards hashtag

Telecom company Reliance Jio (@reliancejio) became the exclusive title sponsor of the 62nd Filmfare Awards 2017 and wanted to amplify its association with the biggest awards ceremony in India’s Bollywood industry. It also wanted to extend its offline event sponsorship to reach its online audience by showcasing the best content exclusively on Twitter through multiple digital activations.

Reliance Jio viewed Twitter as a platform that would help drive lift in event sponsorship, maximise share of voice, raise brand awareness among fans of the Filmfare Awards, and attract a bigger online audience to follow the brand. 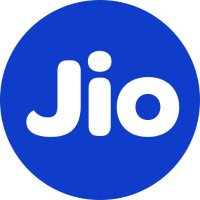 The #JioFilmfareAwards campaign was planned in four stages to capture and share exclusive moments in real time. Each phase gave users a fresh set of creatives, generating excitement with a clear and well-defined content-led strategy.

Each phase of the #JioFilmfareAwards campaign was supported by a Twitter content strategy which leveraged creative tools such as Twitter Mirrors to produce creative assets that captured live, exclusive moments. An exclusive show was also created with the help of premium content partners and celebrities for @reliancejio in the Twitter #BlueRoom. This bespoke content was the first of its kind produced by Twitter for a brand to lift its association with the event.

Own the conversation with First View.

With the help of Twitter Promoted Trend and First View, @reliancejio ensured that both event days (the red carpet awards night and television broadcast night) were huge conversational moments on Twitter with record-breaking engagement levels.

Overall, the campaign realised @reliancejio’s core KPI to boost brand awareness through increased brand association with the offline Filmfare Awards and online Twitter audience. During this campaign, 96% of the audience used the branded hashtag (#JioFilmfareAwards) rather than the non-branded one which was used in previous years when other brands were sponsoring the event (#FilmfareAwards), and positive sentiments for @reliancejio on Twitter was up 20%. The company’s follower base also grew by 41%, as a result of the always-on audience engagements garnered from before the red carpet event to the night of the awards broadcast.