Every month brings new smartphone models, but October 2018 was a particularly competitive time for the category, as a number of heavy hitters were introducing new devices.

Among all this buzz, OnePlus (@OnePlus), a relatively young smartphone brand, was launching its OnePlus 6T. The new OnePlus 6T retained the advantages of previous T models while adding features for a better experience at only a slightly higher price.

Determined to have the last word – and remain top-of-mind during the upcoming holiday season – @OnePlus scheduled its #OnePlus6T launch event for the end of the month.

To make the most of its launch, @OnePlus turned to the platform where people go to talk about what’s happening in tech: Twitter. It devised a strategy to drive awareness, conversation, and video views among a leaned-in and highly influential tech community on Twitter.

@OnePlus used Twitter to build anticipation for its #OnePlus6T launch, as well as to stream the live New York City event to fans all over the world. It ran a campaign across seven handles, covering the US and European markets.

A month in advance of the launch event, @OnePlus began driving ticket sales and tune-in. After teasing the launch with a short video Tweet, @OnePlus used a Video Website Card to invite people to get their tickets to the NYC event. And for those who wouldn’t be attending in person, @OnePlus announced that the launch would be live-streamed. By Liking the announcement Tweet, fans could request a personal reminder when the #OnePlus6T event stream started.

To add an extra element of delight, and to encourage talkability, @OnePlus created a custom emoji to appear when fans Tweeted the campaign hashtags #OnePlus6T, #FastandSmooth, #UnlockTheSpeed, and #NeverSettle. 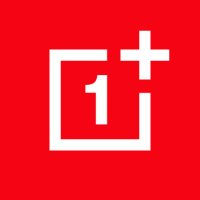 Carefully cultivating anticipation with its teaser, announcement, and then invitations, @OnePlus stimulated fans’ curiosity and sustained conversation in the lead-up to its launch.

From its initial teaser Tweet to its reminders to live-stream the launch event, @OnePlus used the power of video to stand out in fans’ timelines and deliver an immersive message.

Inviting fans to opt-in to event reminders with a simple Like, @OnePlus initiated one-to-one conversations with its most interested and engaged prospects.

By live-streaming its event on Twitter, @OnePlus brought the excitement of the NYC launch to a worldwide audience. And through its live event page, fans can continue to view and discuss the #OnePlus6T launch.

In an especially intense competitive landscape, @OnePlus succeeded in capturing attention for its brand and driving conversation and video views for its #OnePlus6T launch. @OnePlus’s results show why Twitter has become the go-to platform for successful debuts.

Over the week leading up to the launch, @OnePlus achieved over 31 million brand impressions, and its share of voice (SOV) increased by 4%. On launch day, @OnePlus saw its share of voice (SOV) and talkability double. As the conversation blossomed over those 24 hours, it included over 120,000 mentions of @OnePlus’s brand. Sentiment analysis showed 97% positive-neutral conversations.

The #OnePlus6T launch event boasted five million video views. Live viewers made up 60% of those views, with the remaining 40% watching on replay. The valuable, hard-to-reach younger audience (35 and below) made up 57% of the #OnePlus6T launch viewership.

Twitter is not only a social solution provider, but also a truly long-term partner to OnePlus. Launching live on Twitter let us connect with our audience at the right moment in real time. As our great video view and brand metrics show, we raised massive positive awareness and met our launch goals.