Since Indonesians love a good thrill, @NetflixID wanted to create an exciting, real-life experience that would bring the audience closer together while they watch at home. To launch the blockbuster film “Army of the Dead,” the streaming service rolled out a high-impact, interactive campaign that attracted zombie and heist enthusiasts both online and offline.

@NetflixID listened intently to the conversations on Twitter in Indonesia to learn about people’s passions and what kept them engaged. That’s when they realised Twitter was the best platform to help bridge the online and offline worlds, as it was where they could communicate in real-time and build a community of excited participants.

The kick-off was simple: Tease the audience with hints, like how anyone could be a hero by unravelling the secrets in the locked vault. Soon enough, the audience started receiving live updates that would facilitate a real-time, seamless experience and transport them from their Twitter timelines to the giant, out-of-home 3D billboards — a truly #OnlyOnTwitter execution.

To bring “Army of the Dead” to life, @NetflixID invited Indonesians to have a go at cracking the vault — a central storyline in the movie. Then the attempts at deciphering the code were tracked live on a giant 3D billboard.

Hints and cues were placed in the real world and periodically revealed on the 3D billboard as a way to drive hype and conversation amongst zombie heist fans to further bridge the online and offline worlds.

A formula tried, true, and tested.

In the Tease phase, feeds were infiltrated with a variety of ads including Image Ads and Video Ads that invited them to crack the vault. To build up intrigue around the upcoming heist, prompts included, “In 24 hours you can try to unlock the vault. If you succeed, you'll see what's in the safe” or “Reveal the vault puzzle by hitting 800 Likes.”

Next, through live updates and prompts, @NetflixID rallied both core audience and casual fans to work out the vault code while rousing their competitive spirit with Video Ad messaging like, “One person has cracked the vault! What about you?” Simultaneously, Netflix used Trend Takeover+ and Timeline Takeover to announce all over the timeline that “Army of the Dead” was now available for streaming.

Promoted Video Ads were once again deployed to amp up excitement for the contest winners. To evoke envy and FOMO amongst fans, announcements included, “Have you watched the movie? Have you cracked the vault? Some are successful. Wait for the big reveal soon!” Finally, there was a jaw-dropping Video Ad on the vault opening with the grand prize: Valentine (a regal tiger-zombie new to the movie).

Throughout the campaign period, Twitter Amplify put the film’s 15s movie trailer in front of some of Indonesia’s top entertainment content and top of mind for viewers. 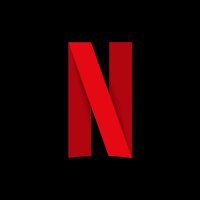 By tailoring the campaign to the conversations on Twitter, @NetflixID was able to drive authentic discussions and attract Indonesians to participate in the campaign.

Not only real-time, but multidimensional too.

By weaving seamlessly between the online world of the Twitter timeline and the offline world of the 3D billboard, Netflix compelled fans to participate in the excitement. The real-time nature of Twitter also added extra thrill, making it hard for fans to resist taking part in the campaign.

By diversifying the ad formats, @NetflixID was able to optimise their campaign impact. Trend Takeover+ generated mass awareness, while Amplify ensured the ads connected to a receptive audience who loved entertainment content.

With 26.8M impressions and 900K engagements, the highly interactive campaign was a raging success, generating a lot of excitement and buzz for the blockbuster among Indonesians.

The Out-of-Home teaser Tweet alone saw an engagement rate of 23%, indicating its extreme popularity amongst viewers.

The overall engagement rate for the campaign was 3.38%, overperforming the industry benchmark by 26% — certainly a cause for celebration.

For the launch of the highly anticipated show, “Army of The Dead,” we wanted to create a campaign that was as engaging and entertaining as the film itself — and give everyone an escape from reality. Partnering with Twitter, we utilised high-impact and innovative formats from Pre-Launch to Launch to Reinforce. The result of the partnership exceeded expectations and created excitement and buzz for the blockbuster among Indonesians.