Myer gives fans a 360-degree view of the fashion world

Each season, the Myer Fashion Launch is usually the talk of the town, as Australia’s most influential fashion identities, celebrities, and VIPs come together to see the latest collections from leading Australian and international designer brands.

To celebrate the launch of its #MyerAutumn17 collection, Myer (@myer) chose to do something different — open its fashion show to the world in a new way. Rather than a traditional runway show, Myer hosted an exclusive, intimate black-tie dinner with fashion presentations.

Myer became the first brand in Australia — and the first department store globally — to use Periscope 360 to broadcast the fashion event to Twitter users in a fully immersive 360 degrees, giving audiences a virtual ‘seat at the table’ at the exclusive fashion event.

Before and during the event, Myer used Promoted Tweets to notify Twitter users who were searching fashion-related keywords of the show, as well as existing followers of @myer and Australian fashion brands.

When the show began, viewers got a front row seat at the event through Periscope 360, which was broadcast from Myer’s accounts on Twitter and Periscope. 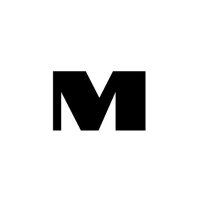 Leverage tools to attract your fans.

Partnering with Twitter allowed Myer to reach a wide audience. The brand leveraged Promoted Tweets before the event and also used the hashtag #MyerAutumn17, which featured prominently in users’ feeds in the lead-up to the show. A Promoted Trend on the day of the show also helped build traction and awareness of the event.

In addition, Myer used the Retweet to Remind functionality, which automatically sends a reminder to users who have Retweeted a Tweet. This meant that any fashion fans who had Retweeted Myer were sent a notification of the Periscope link when the show started, so they didn’t miss out.

Myer was the first brand in Australia — and first department store globally — to use Periscope 360 to boost the brand’s reach through innovative, unique content that gave users a seat at the event. For the duration of the event, users could change their point of view of the fashion show by moving their phone around or by scrolling around the screen to choose what part of the live show they were viewing.

The Periscope 360 content integrated into the #MyerAutumn17 campaign generated overwhelmingly positive sentiment through Retweets and comments. Using a Promoted Trend, Myer increased its following seven times from the week prior and more than 210,000 people ultimately viewed the content, with a 73% return rate after the show’s intermission.

Customers are at the heart of our strategy — we want to create experiences and amazing memories for them. With Twitter and Periscope 360, we could give our customers a front row seat to our autumn/winter collections launch and make them part of the action.