The gaming community around the world comes to Twitter to talk about the biggest moments as game publishers dropped new games, tips and tricks, or just players having conversations amongst themselves.

Being the #1 most Tweeted about the game on Twitter in 2021, Genshin Impact (@GenshinImpact) turned to Twitter to celebrate its first anniversary to drive engagements with its gaming community beyond the game.

Genshin fans are obsessed about the characters, from ritual creation to fortune slips, the #GenshinAndMeHBD campaign focused on a series of character-branded emojis, sharing of their favorite anniversary moments and exclusive character wallpapers.

By partnering with Twitter, the brand was able to strike a conversation with its gaming community and drove engagements via these anniversary goodies. 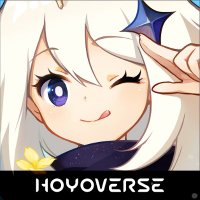 Tease with a new character via Timeline Takeover

Genshin Impact teased the release of a new character via videos, along with some in-game bonuses to kickstart the first anniversary celebration.

Use branded emojis for 39 game characters to ignite conversations

Conversation volume rose as people on Twitter Tweeted with these 39 branded emojis.

Gamify with '‘Shake To Unlock A Wallpaper’

Fans shake their mobile devices in order to unlock all 39 character wallpapers via a Twitter-only "Shake a Gift" feature.

The #GenshinAndMeHBD campaign to encourage UGC on Twitter Moment

To further heighten the appeal of the first anniversary and increase user loyalty, Genshin Impact invited players to share their personal, unique stories about the game.

The campaign was able to tap into a highly receptive and engaging audience to spark conversations and garner the attention of the gaming community on Twitter. Characters trended organically on Twitter as Genshin Impact's fans went crazy over the branded emojis and character wallpapers. The campaign saw an increase in conversation volume of 22%, 250K new followers were acquired and a total of 2.8M engagements.

The release of branded emojis helped our game and its characters trend in multiple nations, allowing Genshin to gain renown on Twitter globally. The ‘Shake To Unlock A Wallpaper’ event was extremely well received by our community. Twitter also helped us introduce a brand new – but more importantly – interactive way of obtaining user-generated content by getting fans to share their favorite anniversary moments. Genshin Impact has prospered both marketing and community-wise. We look forward to taking Genshin Impact to even greater heights with Twitter moving forward.