Malaysians are fanatical about their spicy foods, and their pursuit for ‘the spicier the more delicious’ serves as a de facto badge of honour. So when @McDMalaysia introduced the limited edition Ayam Goreng McD 3X Spicy back in 2019, the country couldn’t get enough of the burn. Now, three years later, many Malaysians still reminisce about the hyper-spicy fried chicken and request its return.

To fully lean in to the audience’s craving for the 3X Spicy, the fast food brand launched the campaign hoping to leverage organic posts from real fans rather than simply promoting it in the usual linear fashion.

By listening to the needs and wants of its highly engaged fan base on Twitter, @McDMalaysia team knew that they had a prime opportunity to bring back a product that their audience was craving - the 3X Spicy Ayam Goreng. In response, @McDMalaysia teased out the audience's interest by posting a single Tweet calling for people to Retweet it as an expression that they also craved and wanted to bring back the product. The Tweet gained incredible traction and was picked up by food and lifestyle publishers as well as KOLs. In follow-up posts, @McDMalaysia rallied further excitement by telling 3X Spicy’s fervent fans that “Since you asked for it, you get it.”

When it was time for the big relaunch, multiple Twitter Takeovers were deployed to reach the masses. Similarly, a Carousel Ad contributed by further drumming up excitement for the product and reiterating the extreme spiciness of the highly anticipated dish.

Finally, in the reinforce phase, @McDMalaysia drove purchase intention through the Website Card. At the same time, Amplify Pre-Rolls were also rolled out so as to leverage premium publisher partners in the entertainment and food categories, amongst others, in order to reach audiences who were most likely to be excited about the 3X Spicy Ayam Goreng McD.

By combining multiple #OnlyOnTwitter ad formats, @McDMalaysia reached their objectives of reaching as many consumers as possible and driving website clicks - and earned them some seriously spicy street cred. 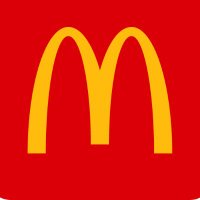 Listen to the talk on Twitter, and give audiences what they crave! In this case, @McDMalaysia unleashed a flood of organic fan posts - and salivating results - for the return of its Ayam Goreng McD 3x Pedas.

By using Timeline Takeovers and Trend Takeovers twice, @McDMalaysia achieved mass awareness that continuously reinforced the desirability of the sandwich.

The combination of Website Cards and Carousel Ads drove lower funnel actions and deepened brand engagement, getting the audience to find out more about the product - and purchase it.

The campaign reached an astounding 27M impressions during the five-week campaign (even as it hit a CPM of RM 6.50 - 18% lower than Malaysia’s average benchmark). As if that were not enough, the campaign also delivered a 54% video view rate, which hit well above the 30% benchmark on Twitter and 13.1K engagements.

The Carousel click-through rate also punched above its weight at 0.31% (compared to 0.25%, or 24% above the benchmark), helping to significantly drive website traffic and purchase intent.

The strength of this campaign is found in the collaborative effort of all partners. The creative and media partners were instrumental in observing Malaysian trends and media consumption particularly during the pandemic. We believe it is crucial to identify and understand your target audiences and find them when they are most receptive to your messages. With Twitter being big as a conversational platform, we found the right moment to drive talkability for the return of the fan favourite Ayam Goreng McD 3x Spicy through organic engagement and mixture of formats at each stage of the campaign.