JollyChic lifts sales metrics with its Ramadan campaign on Twitter

25M
trend impressions in one day

The holy month of Ramadan is observed by over 1 billion Muslims worldwide. The end of Ramadan is marked by Eid al-Fitr, making it one of the most celebrated holidays in the world. In 2016, there were 10.7 billion impressions globally from Ramadan-related Tweets during the holy month — resulting in an 88% year-on-year increase from 2015, where shopping was among the most discussed topics on Twitter.

This is the period when Muslim women look forward to engage in retail shopping in preparation for the Eid al-Fitr festivities. JollyChic.com (@JollyChic), an e-commerce shopping app, identified this as an opportunity to own the Ramadan conversation as a way to increase sales by driving new and existing customers to its platform.

@JollyChic launched #JollyRamadan, a month long local campaign to attract customers onto its e-commerce platform, by announcing special promotions and deals through the use of videos on Twitter. First View was deployed over several days to ensure its video appeared in Twitter’s most prominent advertising spot to reach the right target group. A custom emoji was created for its Promoted Trend hashtag #JollyRamadan to entice users to Tweet using the hashtag. This allowed @JollyChic to monitor and react to the conversations related to its campaign in real time as part of its customer service.

To further enrich its customer experience and promote discovery of its Ramadan promotions, @JollyChic offered target customers in select markets a special discount coupon for purchases through a #JollyRamadan Direct Message Card. Customers were able to shop the sale of the day, browse retail options, contact customer service for support, and even download the @JollyChic app within Direct Messages. 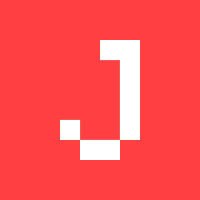 @JollyChic ran a Promoted Trend using its campaign hashtag #JollyRamadan. A branded emoji was designed to appear with the Promoted Trend hashtag to give it a distinctive identity and drive users to use the hashtag in their Twitter conversations.

Use First View as part of a campaign.

Twitter’s research showed that there was a 27% increase in video consumption on Twitter during Ramadan. Therefore, @JollyChic used First View to run its promotional video, giving the brand exclusive ownership of Twitter’s most valuable advertising real estate for 24 hours to capture its target audience’s attention.

Through Direct Message Cards, @JollyChic offered exclusive discount coupons to target customers  via call-to-action buttons that took customers into a specially designed #JollyRamadan experience within Direct Messages. This allowed them to shop the sale of the day, browse retail options, contact customer service, and download the @JollyChic app.

@JollyChic achieved significant success through its #JollyRamadan campaign on Twitter as the brand exceeded its goals in terms of trend impressions, video views, and ROI, where the overall increase in e-commerce sales during #JollyRamadan drove a 7X increase in ROI. @JollyChic also took pride in the fact that its Direct Message Card campaign was the first of its kind in Asia.

Twitter’s unique advertising products help us to start a conversation amongst our existing customers, as well as welcome new customers. As an e-commerce site, we’re not limited by our target customers’ demographics, as Twitter helps us to reach a wider target audience all over the world.