Xiaomi (@Xiaomi) wanted to optimize the reach and conversations surrounding its flagship phone Xiaomi 11T Series. It was particularly keen to engage with the people on Twitter who are interested in Technology-related news and latest tech gadget launches.

Xiaomi partnered with Twitter NEXT, Arthouse’s network of Influential Creators and leveraged some of Twitter’s latest products to create an integrated marketing campaign around the key feature - Xiaomi HyperCharge Technology.

These features were "leaked" to tease the target audience and create conversations around #XiaomiHyperNews. Followers had to retweet to unlock so as to gain access to exclusive information, this drove further engagement. Xiaomi collaborated with Tech influencer @UnboxTherapy to drive conversations surrounding the new HyperCharge Technology “120W Fast Charging” via #ChargeBetter. To further amplify this, Tech influencers @ZacksJerryRig & @LinusTech developed original video content around Xiaomi’s IP icon #MiSteryBOX.

24 hours before the launch event, Xiaomi hosted a Twitter Space to share some sneak peeks of the Xiaomi 11T Series. 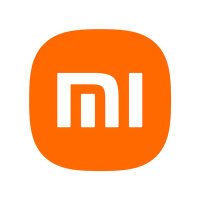 The use of influencers helped to add a human touch and a more personalised approach.

The live event created a place for Xiaomi fans to comment on its new products and share their thoughts within the community.

Own the day with Takeover+

With the help of the Twitter team on the marketing strategies and Twitter products, we've created an integrated marketing plan more than ever. As a result, we communicated with our followers more engagingly while achieving a successful product launch.