India’s smartphone market is as crowded as any other market in the world, though over the years Xiaomi India has consistently managed to outperform its competitors.

No segment in the market has remained untouched by the COVID-19 pandemic and Redmi India faced similar challenges when it was planning to launch its latest smartphone models in March 2020.

Determined to deliver, with social distancing norms prudently in place, Redmi India decided to take a novel approach for the launch. In order to make the biggest possible virtual splash in the smartphone market it turned to Twitter. Here’s what transpired.

Since the main objective of the product launch was generating mass awareness and piquing consumer interest, Redmi India started off with an exciting contest a few hours before the launch. The approach was to own the conversation on the day of the launch through Promoted Trend Spotlight, along with First View.

With 24 hours to go for the launch, Redmi India worked with a two-fold strategy. In the first 12 to 14 hours, it shared a pre-buzz tweet, going out from its official handles, accompanied by the hashtag - #ILoveRedmiNote followed with the launch communication, as tweeted out by Redmi India. In the second half of the day, the company shared more exciting details about the product along the other specifications and information on what differenciates the product from its competitors in the market.

Carefully cultivating anticipation with its teaser post, announcement, and contest, ‎Redmi India continously kept the fans engaged through sustained conversation in the lead-up to its launch

Redmi India combined Promoted Trend Spotlight with First View to ensure that it reached the audience when they were at their most receptive, and achieved maximum impact. 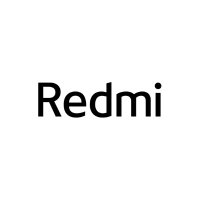 In an especially tense social landscape, Redmi India succeeded in capturing attention and reaching the desired audience for the launch of‎ #RedmiNote9ProMax and #RedmiNote9Pro

Though the First View Product is a video-first ad unit, it used a static image and saw exceptional engagements, with an engagement rate of 9.58%. Due to the massive success of the campaign, a branded emoji was also enabled for this launch. The campaign garmered a grand total of 9.66M impressions and at one point, Redmi India had eight of its hashtags trending on the platform.

Xiaomi India’s results show why Twitter is the go-to platform for innovation and effectiveness when it comes to driving conversations.