True to its signature tagline, ‘Never Settle’, when OnePlus planned to inaugurate its World’s Biggest Experience Store, in Hyderabad, India, in November 2020, it was determined not to let the pandemic throw a wet blanket on the event.

To ensure that its fans and the entire OnePlus community could celebrate and participate virtually in the store opening, the brand chose to join hands with Twitter. Via a tech-first innovation, it unveiled the flagship store on the platform, with the help of its community.

Prior to the digital unveiling of its iconic Nizam Palace store in Hyderabad, OnePlus created a buzz among enthusiasts, inviting them to join the LIVE stream of the grand occasion on Twitter.

Then, on the day, a multitude of OnePlus champions tuned into the broadcast, exclusively on Twitter, and virtually opened the curtains by pressing ‘Hearts' on their screen for the store reveal. Being an industry-first solution, the campaign garnered a lot of eyeballs and generated a lot of earned media for the brand. 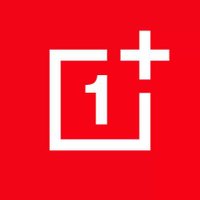 Building up the excitement

To build up interest for the launch, OnePlus put out a Tweet marking off the festive season with the exclusive unveiling of the biggest OnePlus store in the world and welcomed all to witness the one-of-a-kind, historic unveiling, along with the community. This triggered excitement about the up-coming launch.

To keep the engagement going, OnePlus offered to remind fans to attend the event on Twitter. To get a reminder people had to simply respond to the invitation Tweet with a

On the day of the unveil, OnePlus leveraged Twitter’s Promoted Trend Spotlight to capture the attention of fans, at scale, for a 24-hour period. At 12 noon, the brand invited virtual spectators to draw back the curtain by pressing

️ on their mobile screens. Within a few minutes, 9K Hearts flooded Live Periscope and over half a million more came in over the next few hours. Post unveiling, OnePlus fans were then treated to a guided virtual tour of the store.

OnePlus followed-up the massive virtual launch with a nicely crafted wrap-up video, which was promoted on Twitter, enabling it to showcase the grand virtual opening of OnePlus’ biggest store, to those who may have missed the live stream..

The on-line inaugural of the world’s biggest OnePlus store at Nizam Palace, Hyderabad, was the first-ever fan-controlled reveal on Twitter. It also marked the first-ever virtual store launch in the Tech OEM Category on the platform. The overall store opening campaign was a resounding success with 21.2M impressions and 131K engagements in all, while the live stream alone got 4.64M impressions and 1.2M views.

The entire campaign on the platform, from start to finish, facilitated genuine engagement and participation of OnePlus enthusiasts, in an initiative that was conceived for these enthusiasts.

The digital launch of our largest ever OnePlus Experience Store on Twitter was nothing short of phenomenal. As a community-centric brand, it is crucial for us to have our community at the heart of our initiatives. Therefore, we partnered with Twitter to enable and drive a first of its kind digital unveil of the OnePlus Experience Store, while ensuring our community remained at the core of this unique digital engagement initiative. This resulted in an incredible impact of over 1 million live views and over 650,000 engagement impressions from our community. We look forward to driving several such innovative, digital-first campaigns with Twitter in the coming future while bringing the best of experiences to our community.