With a 97% growth in TV ratings this year, the Indian Super League is an emerging football league that has garnered a large viewership since its inception. This season, owing to social distancing amidst the ongoing pandemic, football fans across the country couldn’t make it to the final match of the Indian Super League, but with Twitter it was made possible for spectators to join in the triumph of the winning team, from the comfort of their homes. The Indian Super League teamed up with Twitter to create a perfect opportunity for a memorable celebration that would be remembered for years to come. Here’s how it panned out.

The Indian Super League launched the #TrueLove campaign on Twitter inspiring and encouraging people from across the nation to showcase their love for their favourite teams for the finale between ATK FC and Chennaiyin FC.

#TrueLove heightened the passion of football fans as it gave them a chance to take their stadium cheer online. The campaign received an overwhelming response from fans across the country, with thousands of Tweets sent in support of the teams.

In a thrilling finale, ATK FC rose to be the champions and the classic celebration during the trophy-lifting ceremony was given a Tweet makeover, in the form of physical Tweets showered as confetti on the winning team, making it a one-of-a-kind on-ground experience. The #TrueLove camapign bought the fans closer to the players even though they couldn't make the trip to the stadium. 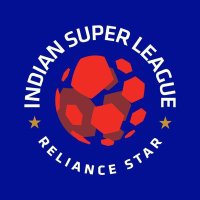 Reveal with a video, presenting a unique opportunity to the audience.

On the launch day of the campaign, a 15-second video presented the fans with a sensational opportunity to see their Tweets make it to the confetti during the trophy-lifting ceremony. By using a clear call-to-action, Indian Super League initiated a heartfelt conversation with the audience through which they could cheer their favourite teams which further led to buzz and anticipation about the #HeroISL final match.

Capturing user attention by amplification of the conversation

To reinforce the campaign, @IndSuperLeague aligned with @StarFootball, @Chennaiyin FC and @ATKFC to engage with the campaign, thereby inspiring people to act on their passion and love for the finale. To further amplify the conversation, commentators in the semi-final legs, prompted the audience to share their #TrueLove for the League.

Driving tune-ins on the day of the big game:

The campaign received an overwhelming response, 40,000 tweets of #TrueLove were added to the confetti machines during the day of the final showdown resulting in one of the most unique trophy-lifting ceremonies ever.

A one of its kind celebration that took Tweets offline and celebrated the spirit of the game in its truest form by showering over 40,000 #TrueLove Tweets along with confetti on to the champions. The activation proved to be incredibly effective for Indian Super League as they received over 1.16 million engagemets and grossed over 13 million impressions.

Along with remarkable audience engagement, the #TrueLove campaign also generated positive coverage in almost major media outlets across the country.

Get in front of your audience during the moments that matter. Increase your brand's relevance, and kick off the content your audience loves.