As the world’s largest gathering for the mobile industry, the GSMA Mobile World Congress (MWC) is a key platform for major product launches. Since competition between global mobile brands was expected to be strong as each brand strived to capture the attention of tech-savvy consumers with its latest flagship phone launches, Huawei Mobile (@HuaweiMobile) wanted to make sure its message rose through the clutter and stayed top of mind when it launched the new P10 smartphone at the event.

To build anticipation for its smartphone launch, the brand kicked off a #HuaweiP10 Promoted Trend and First View campaign with creative teaser videos highlighting its new P10 smartphone features. First View’s exclusive placement enabled @HuaweiMobile to feature its teaser video creative at the top of the Twitter timeline for 24 hours. And together with the #HuaweiP10 Promoted Trend, the brand attracted greater attention and became a part of people’s conversations even before MWC began.

With massive awareness and anticipation built up for #HuaweiP10, the brand ran a live Periscope broadcast during the smartphone launch at MWC and promoted the broadcast on Twitter to deepen engagement and drive conversations around the new product. 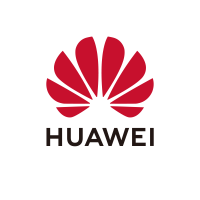 Time the launch to build anticipation.

By launching its First View teaser video the day before, Huawei got fans talking about its new smartphone before the event started. Its teaser video hinted at the product’s latest cutting-edge features to build anticipation, while its corresponding Promoted Trend helped the brand capture share of voice.

Use Periscope Producer for live broadcasts.

Huawei combined its live Periscope broadcast with First View to ensure that its audience could watch the broadcast when they were at their most receptive. After the launch, the brand continued monitoring and selecting the best performing video creatives to optimise its subsequent #HuaweiP10 campaigns.

Huawei succeeded in becoming one of the most talked-about brands during and after MWC, garnering more than 50 times more mentions of #HuaweiP10 compared to the average daily mentions. #HuaweiP10 trended as the number-one Twitter topic in Spain, despite strong competition from other mobile brands and the Oscars broadcast, which occurred at the same time. @HuaweiMobile also saw the value of broadcasting live on Twitter with more than 230,900 viewers tuning in to watch the broadcast, and the campaign garnered 11.7 million impressions in total.

We chose Twitter to generate buzz and excitement across a wide audience for our flagship launch. This resulted in Huawei being the top performer both in terms of impressions and mentions on the day. The campaign drove substantial awareness and reach, increased organic fan growth, and made the launch a success on and beyond the first day.