Since its debut in 2014, Flipkart’s ‘The Big Billion Days’ has evolved into a flagship Indian e-commerce sale.  The seventh edition, held between midnight on 16th October to 21st 2020, aimed to bring cheer to millions of Indians – both buyers and sellers – by reaching out to a wider set of people, through innovative engagement strategies on Twitter.

Building up a resounding buzz prior to the event, Flipkart sparked conversations and engagement with the Emoji Engine, an innovative Twitter-based campaign, and Tweeted links to the best upcoming offers. Then, once the sale days began, while still keeping the pre-buzz momentum going, Flipkart ran high burst brand videos and image website clicks campaigns, which boosted the visibility of the Big Billion Days sale and redirected audiences to Flipkart’s website so they could promptly participate in the sale.

To spark a buoyant mood around The Big Billion Days and lift consumption sentiment, Flipkart partnered with Twitter with a multi-pronged strategy. The entire campaign was given a signature by enabling a unique custom emoji and aligning it with catchy hashtags that were used throughout the campaign.

The pre-sale phase of the campaign ran from 12th October to 16th October, five days before the Big Billion Days began. Creating excitement and a Connect with the forthcoming event, Flipkart ran an Emoji Engine, which asked people to reply to the campaign Tweet with the campaign hashtag, #BigBillionDays, along with any emoji that reflected what they may be interested in buying. In response, they would receive a delightful offer, based on the emoji they had selected.

The second phase was executed during the Big Billion Days and entailed high burst campaigns to maximise awareness and online activity around the event and redirect traffic onto Flipkart’s website, during the 6 sale days. The campaign used impactful creatives, which highlighted massive sale discounts and, for greater effect, these were communicated through Bollywood celebrities who joined as brand ambassadors. 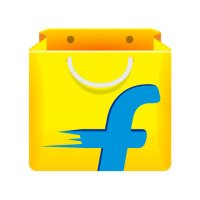 Leveraging the popularity, universality, and dexterity of emojis, Flipkart used the “Emoji Engine” to promote The Big Billion Days Sale, becoming the 1st brand on Twitter in the e-commerce category to do so.

By mapping 655 emojis to matching offers, which would go as replies, Flipkart was able to delight campaign participants with responses that seemed extremely customized. A default Tweet was also created for emojis that were not mapped and fun and creative Tweets were sent to users who replied incorrectly, without any emoji, so that everyone felt a special connection to the campaign.

Popular Bollywood icons were showcased in ad clips to give the campaign an aspirational feel and lend an element of glam. Side by side, irresistible discount offers in various categories were attractively Tweeted to create appeal and trigger purchase action.

Pumping up the volume during sale days

Resorting to an aggressive strategy that is ideal for short-duration, intent-driven campaigns with the end-game of sparking action, Flipkart implemented high burst campaigns during the sale period. These focused on exposing as large an audience as possible to the campaign and then driving as much traffic as possible to the site, for an intense payoff during the brief timeframe of the sale.

The campaign created enormous excitement around the event and achieved a towering 61.1M impressions, 3.16M engagements, and led to 2.8M link clicks overall.

The campaign garnered a lot of eyeballs, driving a lot of positive engagements, and uplifting the overall brand sentiment on the service. It succeeded in evoking a positive sentiment around the event, which marked an increase of 14% during the campaign dates compared to sentiment levels just 10 days prior to the campaign. Further, it generated a total conversation volume of 126K across all the four hashtags, which had the custom emoji mapped against them.

Lastly, as per the Twitter Brand Survey, the overall campaign also resulted in a significant boost to key parameters, such as Brand Favourability (+11 pp), Purchase Intent (+14 pp), and Ad Recall (+19 pp).

With Twitter's unique ability to create conversations we saw an opportunity to build consideration and top-of-mind awareness through engaging, personalized conversations. For #TheBigBillionDays on Twitter we created a bouquet of engagement constructs that gave our consumers a new reason to interact with the brand everyday building unparalleled mind share. The engagements coupled with Twitter's targeting suite created the ideal platform to present India's biggest sale this festive season.