How Eskinol Philippines partnered with Twitter to refresh its brand image

Having been known as a heritage skincare brand in the Philippines for more than 70 years, Eskinol (@EskinolPH) wanted to shift its brand perception from a heritage brand to one of innovation and youth. The brand launched Eskinol Naturals, a set of all-in-one micellar water and micellar facial wash featuring all-natural ingredients, to match the aspirations and needs of Filipino Gen Z and millennials.

@EskinolPH decided to partner with Twitter for this important launch knowing their core audience is on Twitter and they can’t stop talking about beauty on Twitter. Around 69% of Millennials and Gen Z on Twitter in the Philippines purchase skincare-related products on a monthly basis1, making Twitter a natural fit for driving awareness and engaging conversation around the Eskinol Naturals launch.

@EskinolPH leveraged the Tease-Reveal-Reinforce formula in a campaign that featured Filipina actress, singer-songwriter, host, and vlogger Maris Racal (@MissMarisRacal) to launch the new Naturals skincare line. Known for her sunshine personality and honest reflections, Maris Racal was the perfect ambassador to embody the youthful image of the new products to life.

The campaign kicked off with the Tease phase, in which Maris Racal announced that she had an exciting secret to share with her fans, using the hashtag #SanaAll. @EskinolPH, in turn, stirred excitement and hype by leveraging Influencer Allowlisting, which let the skincare brand to promote Maris Racal’s Tweet.

Next, in the Reveal phase, @EskinolPH used a 24-hour Trend Takeover and Timeline Takeover with hashtag #SanaAllWithEskinol to place its campaign launch video right where the conversation starts — at the top of Twitter’s trend list. By grabbing people’s first impression of the day, the Takeover products achieved high visibility, drove mass awareness for the Naturals line, and showcased the benefits of the products.

Finally, in the Reinforce stage of the campaign, Maris Racal was featured at the centre of a Twitter Serye (a Twitter Threads series that unfolded like a soap opera) about love, career, and self-care regimes that featured Eskinol Naturals. Each part of the Serye contained multiple storylines and scenes that were weaved together using Twitter Threads written by micro-influencer @diarynidenny.

At the end of the Serye, @EskinolPH further engaged users by using Video Ads with Poll to ask fans what’s important to them, whether it was a happy love life or a strong career.

Lastly, @EskinolPH asked users on what they hoped to achieve by using the Eskinol Naturals product. Through Video Ads with Conversation buttons, users could click on one of four custom hashtags, post their answer, and be rewarded with a unique, encouraging response from the brand.

At the same time, @EskinolPH drove momentum for the launch with Image Carousel Ads to showcase three products in an effort to drive lower funnel metrics and encourage purchases. The elaborate campaign had several steps, and each was carefully crafted to create meaningful engagement with the audience. 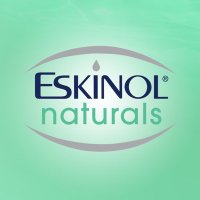 Connect authentically to fuel the hype.

Promoting  Maris Racal’s Tweets via Influencer Allowlisting allowed @EskinolPH to tap into the genuine relationship she has with her broad fanbase — and drive anticipation for the campaign amongst Millennial and Gen Z core audiences.

@EskinolPH got creative and took advantage of different Twitter formats and advertising solutions to create a fun and engaging experience for its followers. By combining the country’s love for soap opera with the unique feature of Twitter Threads, Eskinol came up with the Twitter Serye format which helped the brand achieve massive engagement.

@EskinolPH was not afraid to use Twitter as its creative canvas. The brand explored different ad formats including Video Ads with Conversation Buttons, Video Ads with Polls, Image Carousels, multifold storytelling through Twitter Threads to delight audiences and build brand love, while also driving purchase.

The campaign proved to be a success on multiple fronts: It drew an impressive 41.6M impressions and 384K engagements across its duration. @EskinolPH also delivered a +20pp surge in ad recall and lifted positive brand sentiment by a stellar 80% (compared to the pre-campaign period).

Each of the Tease, Reveal, and Reinforce phases in itself also saw great results, including a 5.6x higher engagement than industry benchmark (15.43% vs. 2.72%) for the promoted Allowlisted Image Tweets in the Tease phase. Similarly, during the Reinforce phase, the Image Carousel Ads achieved a 54% higher click-through rate than standard Carousel Ads format.

Using Takeovers, we maximised our collaboration with a top KOL through an innovative and creative launch. We were thrilled to see #SanaAllwithEskinol trending all over Twitter — things really reached new heights with this campaign.

Footnote:
*than the industry benchmark for Carousel Ads