How ASUS generated 3.5X conversation volume around its 30th anniversary

For its 30th anniversary campaign “Wiser Together”, ASUS (@ASUS) saw an opportunity to engage and excite tech fans by using Twitter as a platform to drive massive anticipation, awareness, and talkability, and to set itself apart from its competitors who were also launching their latest products at the International Radio Exhibition in Berlin.

The campaign was carried out across three phases, aimed at driving awareness, engagement, and product consideration.

For phase two, ASUS live-streamed the launch event in Berlin in order to connect with consumers who were unable to attend the event in person. The total video viewers was 32 times more than other streaming platforms and achieved 142% video views against target.

ASUS initiated phase three by serving short-form videos of its latest product to maximise the awareness, sustain the momentum, and drive purchase consideration. 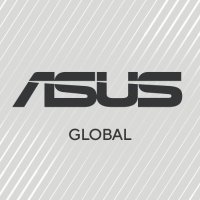 Use Promoted Video to drive awareness.

Live-stream to reach a global audience.

Streaming the product launch event live on Twitter allows ASUS to connect with consumers who were unable to attend the event in person.

With the help of Twitter, ASUS implemented a successful 30th anniversary campaign launch as well as their latest product launch. The Livestream + Highlights achieved 142% video views against target and the total video viewers was 32X more than other streaming  platforms. With the use of branded emoji hashtag, the conversation volume increased 3.5X on launch day.

Twitter is the go-to platform for brands that want to launch something new or connect with what’s happening. Through this partnership, we have successfully met our marketing campaign targets with two of Twitter’s advertising solutions, live stream and branded emoji.