To launch their new ice cream flavour ‘Cookies & Dream’, @SelectaCornetto wanted to craft a campaign that would, at the same time, build excitement for the flavour, drive traffic to its website, and engage young consumers in a way that would help them remember their love for ice cream cones, be it outside or in the comfort of their home.

Based on the understanding that Filipinos turn to social media and influencers for product recommendations, @SelectaCornetto crafted a campaign that embraced what Cornettos have always been known for - the kilig, or ‘an exciting or romantic experience’. Specifically, the brand wanted to encourage lovestruck teens and young adults to express their feelings.

To achieve the best effect, the team pinpointed Twitter as the main platform for this #CornettoCONEfessions campaign because it’s where audiences are most engaged and self-expressed - and it’s where the most compelling and candid brand conversations take place.

Wanting to pilot new approaches to reaching their audience, @SelectaCornetto turned to Twitter to tap on their Influencer Sponsorship Model, which facilitates brands and influencers to co-create campaigns. With this approach, @SelectaCornetto could also work with carefully-curated influencers to roll out the campaign via a ‘storytelling’ approach.

A highlight of the Influencer approach is that campaign Tweets can be entirely posted by influencers, with the brand supercharging the conversations by promoting their Tweets. With this custom solution, a number of exciting ad formats were unlocked for the influencers to play with, including Twitter Polls, Unlock Cards, Conversation Buttons and Website Cards.

The campaign flow - or the storytelling - was straightforward enough. Two popular influencers in the Philippines, Kyle Echarri (@kyle_echarri) and Joao Constancia (@imjoaoconz), were tasked with offering advice on how to profess their love to their crushes, with Cornettos weaved into the backdrop. To further accelerate the campaign and help @SelectaCornetto reach much broader audiences, the love advice was rolled out in sequenced storytelling through Twitter's tried and tested ‘Tease, Reveal, Reinforce’ formula.

The Influencer Sponsorship Model proved itself solid when the brand gained significant share-of-voice, increased engagement and talkability - and, of course, helped young Filipinos profess their love and win some hearts. 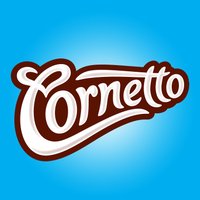 Let influencers do the talking

Collaborating with the right influencers and letting them carry the conversation created space for authentic conversations and therefore a highly engaging campaign.

By trying a new approach, both @SelectaCornetto and the influencers unlocked ad products that they’d normally not have access to - and to great success.

Between Cornetto’s Filipino following, Kyle and Joao’s fans, and the organic support of other influencers, Cornetto-related conversations surged 73X during the campaign period. As a result, @SelectaCornetto’s share-of-voice bumped up to 88% of the ice-cream category, from 33%*. That was an impressive 2.7x increase, making Cornetto the most talked about ice-cream brand on Twitter PH in that period.

Aside, engagement rate reached +88% higher than the country’s benchmark, CTR hit +26% higher and video view rate touched +18% higher, all fueling positive brand sentiment to rocket by +70% - a testament to Filipinos’ love for Cornetto.

Twitter was the most relevant social media platform to amplify the Cornetto #CornettoCONEfessions campaign, which is highly conducive to our purpose of encouraging lovestruck teens and young adults to express their feelings. Twitter provided a unique engagement model, key influencers, and we were able to leverage ‘storytelling’ to engage with consumers and drive them to our website.

Source:
* Brandwatch | comparison between brand sentiments between 1 May - 18 July 2021 and 19 July - 25 August 2021 - *compared to other ice-cream brands in the Philippines on average campaign days in months prior to the campaign.