Closeup (@CloseupPH) launched its latest innovation in the Philippines, the new All Around Fresh toothpaste, a one-stop oral care solution with the promise of superior freshness for an all-out smile.

With the brand’s core audience on Twitter and 40% of them having purchased oral care products on a monthly basis1, Twitter was a natural fit platform for Closeup to drive awareness and generate conversation surrounding the launch of All Around Fresh.

The campaign was powered with Branded Features like Branded Hashtags, and bespoke Twitter APIs, such as dayparting and TV Sync, which enabled Closeup to implement its audience-focused media strategies. @CloseupPH also leveraged Twitter Brand Survey to measure key brand metrics, for example ad recall and message association, to uncover insights which were later utilised to optimise the campaign.

@CloseupPH structured the campaign on the launch-and-sustain model, first driving mass awareness of All Around Fresh’s superior benefits, then combining a suite of Twitter products to drive deeper engagement and purchases.

During the launch phase, Trend Takeover and Timeline Takeover drive mass awareness while the custom branded emoji, which appears each time one of the campaign hashtags is Tweeted, further supercharged the conversations throughout the campaign.

@CloseupPH tapped on two bespoke Twitter API solutions: Dayparting and TV sync, to connect with the audience when they were the most receptive. Firstly, dayparting enabled @CloseupPH to show different ad creatives during specific times of the day, cleverly delivering the promise of all around freshness throughout the day. Secondly, TV Sync gave the brand the opportunity to synchronise the display of ads on Twitter with specific commercial breaks or shows on TV. This bridged the gap between online and offline as Closeup could connect with the audiences via both their first and second screens.

To optimise further the campaign creatives during the sustain phase, @CloseupPH used the insights from the Twitter Brand Survey. The three-month long survey revealed that human-centric ads resonated best with the audience, compared to product-focused ads. Tapping into this insight, @CloseupPH updated the creatives on the Carousel Ads and Video Ads to drive deeper engagement. 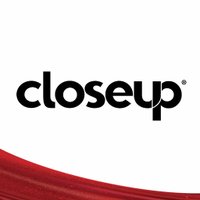 @CloseupPH engaged the audience when they were most receptive by serving different ads unique to the time of the day (Morning, Afternoon, Evening). With TV Sync, @CloseupPH synchronised the display of ads on Twitter with specific commercial breaks or shows on TV.

@CloseupPH used Timeline Takeover and Trend Takeover to put a spotlight on the new All Around Fresh and the campaign hashtags, then supercharged the conversations with a Branded Hashtag.

With the insights from the Twitter Brand Survey, @CloseupPH optimised the creatives for its Carousel Ads and Video Ads, in order to drive website traffic and online purchases in the sustaining phase of the campaign.

The campaign returned sterling results in more ways than one, with wins in driving cost efficiencies of 15% more than benchmark, and higher engagements of 24% more than benchmark. The impactful creatives helped to deliver +11% lift in message association while Video Carousel format saw 15-30% higher CTR than standard Video Ads format.

Overall, the campaign garnered a staggering 52M impressions across its run. The campaign also outperformed CPG industry benchmark in Philippines, with 87% higher engagement rate (for a promoted Tweet) and 16% lower CPM.

The partnership with Twitter and insights from Twitter helped make All Around Fresh launch a great success. The API solutions on dayparting and TV sync enabled us to implement our audience-focused media strategies to connect with our audience throughout the day and bridge the gap between online and offline. The branded emoji created authenticity and added fun elements to the launch, and I love that it had become part of our audience conversations surrounding the product launch. We also find the insights from the Twitter Brand Survey really valuable as it helped us to measure important brand results so we could act on these insights to optimise our media and creative strategies for the launch campaign.