Elex’s Clash of Kings (@ClashofKingsCoK), a multiplayer real-time strategy game, enjoys a huge worldwide audience. The company is always looking for new ways to expand its audience around the globe. In order to boost brand awareness in the UK, the company brought Clash of Kings to life by devising a real-life battle in London. To merge the physical and digital experience, the brand captured the live event on Periscope and amplified the experience to the Twitter audience.

Elex brought Clash of Kings to life by staging a mock battle at London’s Tower Bridge where an army of Knights descended on Potter’s Field to fend off giant 10-foot-tall Lava monsters. The brand used a variety of Twitter solutions to promote the event and amplify the live event experience on Twitter.  It ran teaser videos using Promoted Video to generate pre-event buzz and a Promoted Trend to promote the event hashtag, #LondonsBattle, to bring people’s attention to the event. The battle was broadcast live on Periscope for the Twitter audience, fans, and new players alike to experience the #LondonsBattle event as it happened. 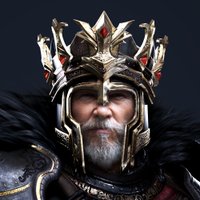 Promoted Video captured the action, excitement, and enjoyment experienced by Clash of Kings players — helping to boost awareness of the game with new audiences in the UK and beyond.

By merging the physical and digital experience, the brand was able to reach another segment of audience who are on Twitter. The live Periscope broadcast was available in Twitter timelines, offering a new way for users to experience the #LondonsBattle event.

By using Periscope to broadcast its live event, @ClashofKingsCoK brought the reach of its campaign to online audiences. The campaign’s hashtag #LondonsBattle resulted in 20 million trend impressions, helping to generate user engagement among its target audience. As a result, more than 168,000 people watched the video that led to a video view rate of 28.5%. In conjunction, the campaign helped to boost awareness of  @ClashofKingsCoK’s always-on Mobile App Promotion campaign that sought to further drive app installs.

Using Periscope and Promoted Video together allowed us to amplify our live event to our online platform. We are thrilled with the amount of awareness generated by the campaign — it engaged our audience on an emotional level.