Gaming inspires more than a billion tweets each year and is one of the most popular topics. Gamers come to Twitter for news about their favourite titles, as well as upcoming announcements - making it the perfect platform to engage gamers in Japan.

Engaging Meetsocial Group allowed Chinese game developer Kunlun Group to leverage on the knowledge, expertise and best practices of an established agency partner of Twitter. They knew they had to turn to Twitter in generating buzz, building awareness for the launch and connecting with Japan’s gaming community. 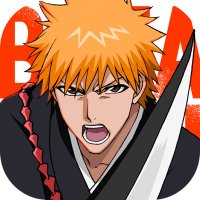 In the pre-launch period, a variety of ad formats (Follower Ads and Video Ads) were used to gain new followers and create anticipation for the game which will be launching in due course.

Launch with a bang

Bleach_SR launched with a full brand video to drive app install of the new game.

Drive further engagements and conversations by enticing followers with unique and limited items in the game as prizes via contests and lottery.

Engaging Meetsocial Group allowed Kunlun Group to use the knowledge, expertise and best practices of an established Twitter partner to connect with Japan’s gaming community.

There are so many common features between gamers and Twitter’s audience. They are really open to this kind of messaging, and Twitter users are receptive. We generated tens of thousands of registrations prior to the game launch. We can very quickly reach target customers and engage with them, for a relatively low level of investment.