The eSafety Commissioner (@eSafetyOffice) is responsible for promoting online safety for all Australians. Established in 2015 by the Australian Government, eSafety’s mandate is to coordinate and lead the online safety efforts across government, industry and the not-for profit community.

In 2019, the Australian Government wanted to build awareness of online safety for parents, carers and educators, and empower them with the tools and knowledge they need to understand and help manage the online safety of children and young people. Twitter’s power as a platform to share information and advice in real-time strongly aligned with the nature of the eSafety’s objectives and made it a natural fit.

As the parent agency, the Department of Communications and the Arts developed a mass media campaign to drive awareness, conversations and real time insights to give parents and carers practical content and information about online safety for children and young people. Through strategic ad placements and engaging content across channels including Twitter, the Department worked with its media agency UM to identify and target its core audiences, presenting information around eSafety to them in the right context.

In particular, Twitter’s First View solutions were used as part of the launch of the campaign, giving it the top ad spot in the user’s timeline for 24 hours and kick-starting the campaign with a compelling video. It also created engaged users with a Video Poll that allowed audiences to weigh in on the issues most important to online safety, followed by a Direct Message chatbot that gave parents a way to get answers to frequently asked questions for a variety of topics from cyberbullying to online predators.

To maintain visibility of the campaign across the period, video website cards were used to engage target audiences, allowing parents and caretakers to click directly into a landing page to find out more information about online safety and engage with the content in more depth. 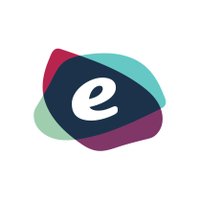 Use video to tell your story

Give users a way to engage

Audience could engage with the ads through a video poll and a DM chatbot that enabled them to get answers to frequently asked questions.

Truly engaged audiences were given a way to dig deeper into the content and find online safety best practices via the DM chatbot and video website cards.

Twitter helped the Department of Communications and the Arts to fulfil its core role in growing awareness of online safety precautions and where to go for more information among its target audiences in an effective and engaging way. As a result of the campaign, more Australians were able to discover the tools they needed to help them to discuss online safety with their kids.

Online safety is rated by parents, carers, educators and other key influencers in the top 3 issues facing children and young people today. Twitter gave us an effective platform to reach more Australians and help raise awareness of online safety, the role of the eSafety Commissioner, the availability of practical tools, tips and advice at eSafety.gov.au, and thereby, successfully empower audiences to Start the Chat about online safety.