This Bud’s for you: How Anheuser-Busch InBev brews brand engagement 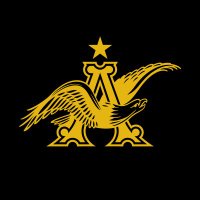 Anheuser-Busch InBev (ABI) (@AnheuserBusch), founded in 1852, practically invented the US beer market. Many of its beverages — Budweiser, Michelob, and Stella Artois — are household names.

And Americans love to knock back a cold one. According to a July 2017 Gallup poll on alcohol consumption,2 beer is the top adult beverage by far.

It’s no surprise, then, that the US beer industry has become hotly competitive. “The brewing industry has seen tremendous growth in recent decades,” Gallup reports. “Americans have thousands of breweries to choose from in 2017, compared with fewer than 100 in the early 1980s.”

To build upon its market leadership and stay top of mind with its target drinking age audiences, ABI looked to Twitter to push the boundaries of what's possible and connect with audiences.

ABI sought to connect its portfolio brands to culture and conversations on Twitter by using strong creative and video assets to spotlight the inherently social nature of its products. By tapping into everyday moments and using a variety of assets and Twitter products including animated GIFs, videos, branded emojis, and in-stream video, ABI tied customers’ happy moments and special occasions to live conversations on Twitter — with an eye toward growing brand loyalty and sales.

ABI’s brands — the logos, the bottles — were the heroes of its creative assets on Twitter and served to reinforce the positioning of each product. For example, Stella Artois’ content supported the brand’s premium, European, high-quality positioning, while Budweiser’s “This Bud’s for You” content emphasized the celebrations of hard-working, fun-loving Americans.

ABI’s Twitter advertising and promotions connected the social nature of drinking beer with the cultural relevance of Twitter. More than ever, ABI brands became part of the conversation happening on Twitter, driving greater impact for ABI products. The campaign helped ABI achieve a successful ROI for many of its top brands, including a 360% year-over-year ROI for Budweiser, 260% ROI for Stella Artois, 15% ROI for Michelob Ultra, and 10% ROI for Bud Light.

The brand’s Twitter impact has also been recognized by third parties. For example, in terms of maximum social media presence, Engagement Labs ranked Bud Light the No. 1 beer brand on Twitter in 2016, with Budweiser No. 2, Stella Artois No. 6, and Michelob Ultra No. 7.2  We’ll drink to that.

Beer is social and it’s fun. We want to be a part of people’s lives and their happy moments and their occasions. Twitter is about all those live conversations. The platform really bridges that gap for us because we’re able to reach out and message those people at those right moments in their lives.