@BahiaPrincipe wanted to start the year by achieving maximum performance during the peak season for bookings by American customers. Given the success of its previous actions on Twitter, @BahiaPrincipe saw a perfect opportunity to replicate the campaign format and to roll it out geographically, to reach the Spanish market too.

During the first 20 days of the year, at a key strategic time for trading, and benefiting from the tail-end of Christmas, @BahiaPrincipe launched two campaigns on Twitter. One targeted the American market, and the other the Spanish market, reaching different age groups and interest groups. With the aim of directing traffic to its website, the brand used the Website Card format for both campaigns and utilized the Twitter Audience Platform to extend its reach beyond the platform.

In addition, @BahiaPrincipe was able to take advantage of Twitter’s advanced targeting options, such as keyword, interest and behavior targeting. In this way it managed to take its campaign message to all users who were looking for or tweeting about vacations, Caribbean destinations and the beach. Targeting by behavior, which uses both online and offline data to identify the target audience, both increased and optimized the campaign’s reach. 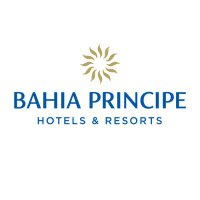 @BahiaPrincipe was able to establish the best targeting parameters to optimize its campaign and reach its target audience. Thus, it ensured the message was relevant to the users reached. In addition, this enabled it to launch two similar campaigns at the same time, targeting different markets.

Create a sense of urgency.

By setting a time limit on the discount offer for bookings, @BahiaPrincipe encouraged users to take action and book the promotions by clicking on the Tweet. This immediately redirected them to its website.

@BahiaPrincipe was able to find the key to success for a conversions campaign seeking to redirect users to a website to make bookings. By using our advanced targeting options and creating a sense of urgency, @BahiaPrincipe made sure its message reached a very specific audience, with an affiliation to the brand and in order to ensure the message was relevant.

In addition, the use of the Website Card format favored the attainment of its objective in a way that was simple and intuitive for users. All they had to do was click to enter the promotions section of the website for @BahiaPrincipe.

We were looking to maximize the reach of the Happiness Sale campaign, a promotion lasting two weeks, with the aim of increasing the volume of bookings for our Caribbean hotels. We relied on Twitter to promote the campaign to audiences we were interested in, in Spain and the United States. We achieved record traffic figures, with Twitter accounting for 26% of total traffic. This was done with a very small investment, and by building on the campaign’s success, so that we achieved growth of 48% in the volume of bookings.