To ensure “Bad Moms” would be the comedy event of the summer, STX Entertainment reached out to women on Twitter with an innovative and hilarious campaign that brought to life relatable experiences moms face. The idea was not just to promote a movie, but to create a we’re-all-in-this-together social movement.

The studio created a targeted, interactive campaign that took advantage of a full suite of Twitter ad products to show off the movie’s great sense of humor. STX used an auto-response to increase interaction and build personal connections by ensuring that they automatically responded to every user who Retweeted their content.

Custom Audience targeting helped to reach the right audience at the exact right moment. With Twitter's new Reach & Frequency buying tool (a product only available to select advertisers), STX was able to buy demographically targeted impressions with frequency caps. The campaign’s biggest success, however, was the custom “spilling wineglass” branded emoji which perfectly captured the spirit of the movie and offered fans a witty way to express themselves.

1. Make connections with an auto response.

STX used movie clips and the hashtags #BadMoms #Advice to encourage people to Retweet content and receive #BadMomAdvice in exchange. It resulted in 10K opt-ins and 45K video views.

2. Tag one of TV’s most talked about shows.

By aligning clever, crossover content with #TheBachelorette, STX Entertainment drove 3.3M video views with a like-minded audience of women and moms at a cost of only $0.04 per view.

3. Strike a chord with a custom branded emoji.

STX and Twitter created the “spilling wineglass” custom branded emoji to capture the spirit of the film and a recurring sentiment expressed by moms across social media. The emoji was mentioned more than 103K times, leading to 63M organic impressions and 169M total impressions. When video ads featured the branded emoji, stopping power increased by 21%.

Twitter worked with Networked Insights to build a laser-focused "Mom Life" Custom Audience for STX. It included users who Tweeted about being moms with keywords like #MomFail or #MomGoals, filtered for positive sentiment. The results: 16.2M highly targeted impressions, otherwise known as reaching the people you want to reach. 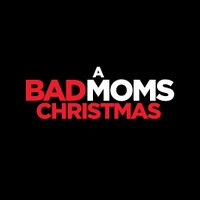 STX Entertainment’s campaign for #BadMoms exceeded expectations in reach, engagement, and video views; ultimately contributing to the $100M domestic box office as well as a 77% bump in positive sentiment about the movie during the campaign.

The key advantage to our Twitter campaign is that we are targeting not only real-time but real ‘bad mom’ conversations with immediate custom ‘Bad Moms’ content, making our media surprise and relate in the fans' most receptive state.