Thanks to an unseasonably warm fall, crawfish season came early to Louisiana. The Louisiana state tourism board (@LouisianaTravel) wanted to get the word out about the early arrival of the state’s famous delicacy and use the occasion to promote its culinary message.

@LouisianaTravel had just scheduled a cable TV buy when it was presented with Amplify Open, a simple way to run pre-roll ads against premium, organic videos on Twitter across multiple content categories. @LouisianaTravel discovered that several networks in its TV schedule were also represented in Amplify Open, which helped tie the campaigns together.

1. Create a pre-roll ad tailored to the Twitter video experience.

One of the challenges of advertising in an autoplaying video environment is that ads are often viewed without sound. To overcome this obstacle, @LouisianaTravel created a pre-roll ad that could be immediately understood with or without audio.

At five seconds, the pre-roll ad was brief enough to not feel intrusive, but long enough to allow @LouisianaTravel to make a real impact. The clip was taken from @LouisianaTravel’s full-length TV spot, which minimized the team’s creative and production efforts.

Amplify Open enables advertisers to align their ads with specific content categories to ensure they reach the right audience.

“At the beginning, we were targeting sports,” says Overby. “Crawfish boils go hand in hand with football, so we figured the message would resonate well. Eventually, we layered in travel and culinary targeting since these are two important pillars for Louisiana tourism.”

@LouisianaTravel used the same targeting parameters for both Amplify Open and its TV campaign to increase the frequency of their message across a similar audience.

3. Align your brand with premium and organic videos.

“This placement was essential for driving quality, targeted ad views at efficient levels,” Overby notes. “CPVs were ridiculous! They were the lowest I’ve seen or even imagined for video on Twitter.”

The performance of @LouisianaTravel’s first Twitter Amplify campaign exceeded its expectations. @LouisianaTravel scored 548,000 views of its crawfish ad over the course of its three-week campaign, and achieved an average 32% ad view rate. The highly efficient campaign yielded an average CPV of only $0.07, outperforming Amplify Open benchmarks. 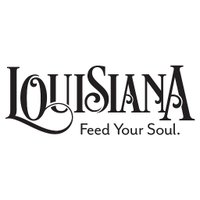 Amplify Open provided a unique opportunity for our office to leverage the power of video combined with publisher audiences to connect with potential travelers. Based on the overwhelming results, we will incorporate the product in future campaigns.