The power of good news: How positivity and kindness are key to living through COVID-19.

One brand that has been really sensitive to the changes in our behaviour during lockdown is Tesco (‎@Tesco) with the continuation of its ‎#FoodLoveStories campaign.

Launched in January 2017, ‎#FoodLoveStories has been adapted many times since. Over the last few weeks, the flexibility and adaptability of the campaign have really shone through for ‎@Tesco.

Twitter’s own research has shown lockdown has led to an increase in home cooking. This has been echoed by ‎@Tesco research, which showed 40% of Brits have revived a passion for food during lockdown. It has also seen the introduction of delightful new habits. People have taken to facetiming their parents to get tips, and 89% are planning to keep the cooking habit up once life returns to normal.

‎#FoodLoveStories recognises the emotional and social aspects of food, which are heightened now for so many. It provides comfort. It’s something you can control (if it goes right!). It’s security. And it brings us all together.

The most recent instalment of ‎#FoodLoveStories has picked up on that by celebrating the unifying power of food during the pandemic.

After lockdown started, ‎@Tesco quickly launched several ads showing people in lockdown. One included a family using a video messaging app to cook their grandma's much-loved lamb recipe in their individual homes. They then sat down to eat it together in a virtual dinner. The idea, of course, was that they could stay connected through food while physically apart.

The ad was filmed using the same video-call technology featured in the commercial and was turned around in four days. For a broadcast-quality ad that ran on TV, that is pretty incredible.

That speed allowed ‎@Tesco to hold a mirror up to many people as they adjusted to lockdown. It’s here where brands can stand out — the quicker brands understand our reality and act, the more memorable and impactful their message will be.

Alessandra Bellini, chief customer officer at Tesco, explained: “During these uncertain times many people are finding comfort in cooking recipes passed down through generations. We are delighted to see how families are finding themselves cooking and eating together more, ensuring these special dishes will continue to hold a special place."

Last week ‎@Tesco launched the next iteration of lockdown ‎#FoodLoveStories in the form of “Your food love stories”. This asks people to make food as a tribute to their loved ones alongside words of encouragement, with the idea being to “dedicate the food you love to the people you love”.

The campaign encourages people to share their meals and dedications on social media using the hashtag ‎#FoodLoveStories. You can see from some of these responses that it’s a hit with Tesco customers.

Adapting the message to the situation

The point about adapting creatively but having consistency is encapsulated eloquently by Phil Barden, managing director of decision science consultancy at Decode Marketing. As he points out in this Tweet about the longevity of ‎#FoodLoveStories:

“This is a great example of being consistently creative and creatively consistent at the same time. Tesco here (and its creative agency BBH) is proving that campaigns wear in rather than wear out.”

Another significant act from Tesco is that it, and other UK supermarkets, are doing a heroic job in keeping the nation fed. It’s interesting to look at Tesco’s pinned Tweet at the moment. This very clearly lays out what it's doing.

If it’s true to say that what you are doing right now is much more important than what you’re saying, then Tesco is doing a great job. Notice how Tesco is reinforcing its Every Little Helps positioning by starting each of these sentences with the word “helping”.

When lockdown started, Twitter identified four key need states that we see right now from people. Tesco is responding well to the situation with reliable information, customer service, and support, as well as community and positivity in the form of the Food Love Stories campaign. 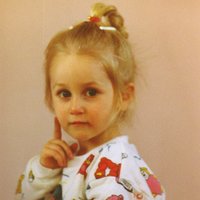 The new normal: What does it mean?