Entertainment on Twitter: Start with the ones who’ve seen it 100 times

As they dive deeper into their respective obsessions, entertainment fans may take on alternate identities. See ‎#Potterheads, Khlovers, and Citizens of Scranton, but they have a few traits in common: they're tuned in, consumed and unapologetic.

Accordingly, for fiction enthusiast and full-time pretender Wes Johnson (‎@Wes_IRL), the world of entertainment is simply a jumping-off point for his own imagination. Johnson’s 185,000 Twitter followers are a testament to his presence as a creative leader in the performance arts of cosplaying and live-action role playing (LARPing).

Twitter’s where fans are engaged and connected to the sources of their inspiration. For example, per a Twitter-commissioned study, 71% of television fans on Twitter follow show-related handles, and lucky for them, these brands and their biggest advocates talk back. 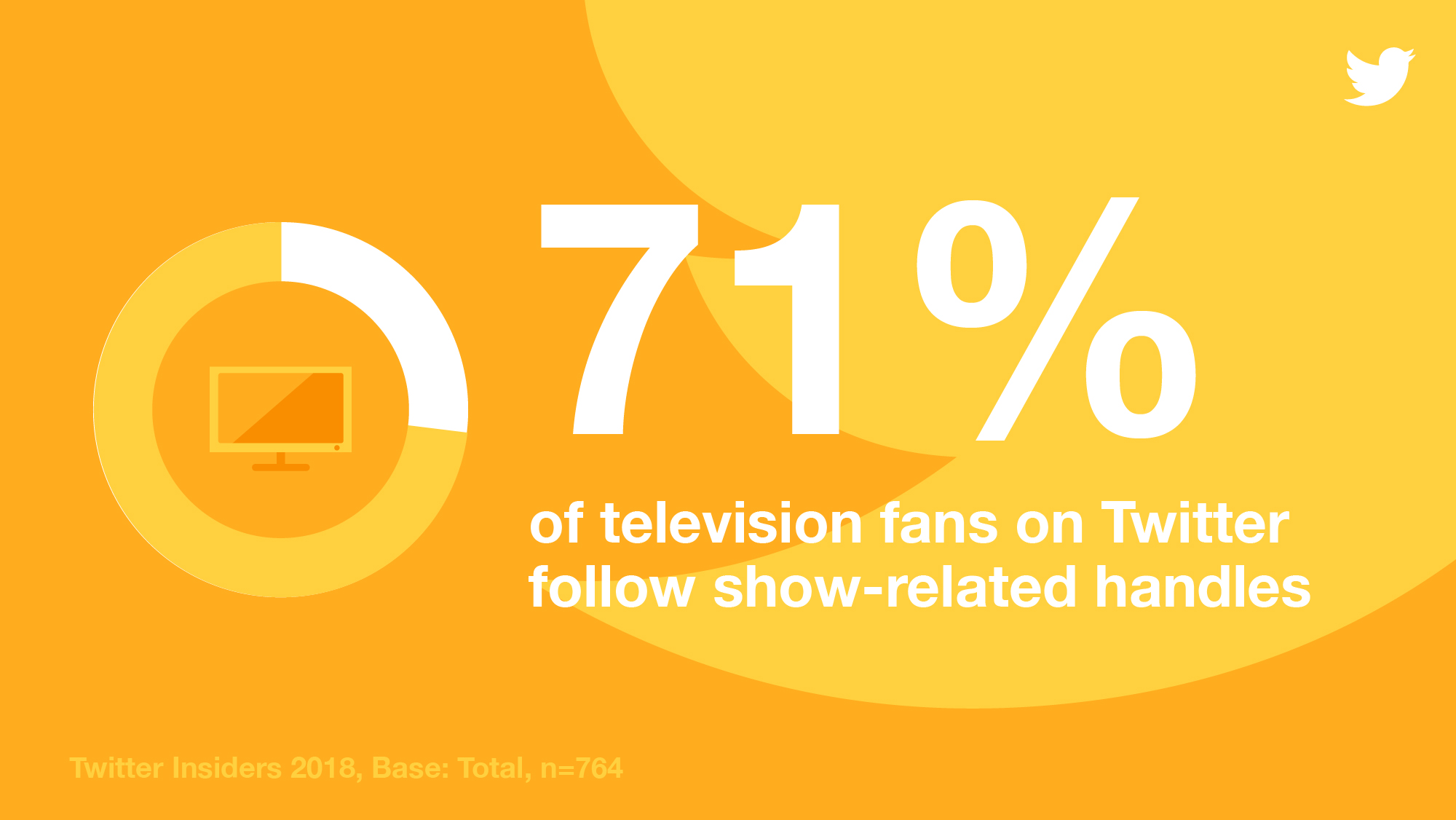 On any given day, Johnson’s feed of replies is filled with comments that marvel at his latest work, giving him suggestions for which characters to play next. It also features fan theories and full-blown discussions that reinvent unsatisfying endings to epic sagas. This back-and-forth can be found throughout the entertainment audience, a testament to how deep their fandom ties lie.

Still, entertainment fans’ interests are not limited to fantasy, nor are they confined to the world of fiction.

While they may have enough knowledge to be proclaimed experts of the fantastical world, Johnson and other people on Twitter log on for one reason only: to bring an added value of humour, hysteria, and commiseration to the traditional TV- and film-watching experience.

For Johnson and his followers, it’s a place to ideate storylines and plot twists that supplement the canon, or the official material accepted as part of a story’s fictional universe. They take the fan experience a step further with cosplay, dressing in costume, reenacting iconic scenes, and riffing on their favourite film and television moments.

While cosplaying was once only seen at niche conventions, and LARPers only fought it out on park lawns, Twitter connects these characters online. The platform has become a virtual role-playing arena that brings like-minded adventurers together, cutting through the miles of real-life distance between them.

Johnson, for example, shares images from his latest cosplay video shoots with his Twitter followers. He divulges insights on latest film and photo shoots while expressing excitement for future LARPing events.

He gets dozens of enthusiastic responses, and some even marvel at the quality of his costumes, while others join him online to engage in lively discussion.

This form of fan ritual is just one-way people on Twitter evoke the magic and mayhem of their beloved stories.

Earning the trust of the superfan

Comic book fans and sitcom historians assemble on Twitter to connect and engage in communion, one only understood by those who’ve watched their chosen cult classics hundreds of times.

These stories are precious to fans; the canon is not to be interfered with (except by fan fiction). That’s why authentic engagement from brands is so important to them. It fuels their dedication to the small and silver screens while earning their trust. No pixie dust needed.

So whether you’re a small-town podcaster or novice cosplayer, you too can get in on the action. You may even get a shoutout from your chosen superhero in her human form. All you need is an internet connection, a passion for entertainment, and Twitter, and you can let the memes begin.

Connect with Twitter in 2020 with our MENA marketing calendar